I've been waiting and waiting for that band to show up in my Inbox, the one with a sound that's raw and honest but doesn't leave their guts all over my sneakers. The ominous bass notes and opening chords of "Motherlode" made me breath a sigh of relief. Finally. I found it. 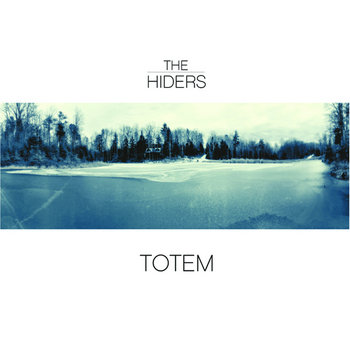 On their fifth LP, the Hiders teeter giddily between blues, country, and psych-rock. It's like Tom Petty, Bob Dylan, and the Black Keys at a jam session. (The music isn't quite far out enough for the four gents to have tripped on acid. That's fine with me.) Totem has a little something for everyone -- I didn't enjoy the trippier stuff as much as their more straightforward songs like "Jesus Was a Cowboy" or "First Real Blues." Still, that's a matter of taste. The band's sheer intensity and confidence will make you a believer in their songs. Anyone who says rock'n'roll is dead should be given a copy of this album.

The Hiders -- Official, Bandcamp, iTunes, Vinyl on CDBaby, CD and mp3 on CDBaby
Posted by Rachel Cholst at 12:00 AM

Email ThisBlogThis!Share to TwitterShare to FacebookShare to Pinterest
Labels: cheap music, The Hiders