What happens when a group of New Orleans songwriters at their primes sit around a kitchen table and shoot the shit? They create a Voltron of top-notch music.

The Write Brothers consist of Spencer Bohren, Jim McCormick, Alex McMurray, and Paul Sanchez. While I'm most familiar with Paul's work, if you're someone who listens to country radio you've almost certainly heard Bohren's work sung by the likes of Jason Aldean, Luke Bryan, (but don't let that turn you away), Tim McGraw, and Keith Urban, among others. The first half of the album consists of songs the four co-wrote, and the last half are recordings of the group playing each other's songs. 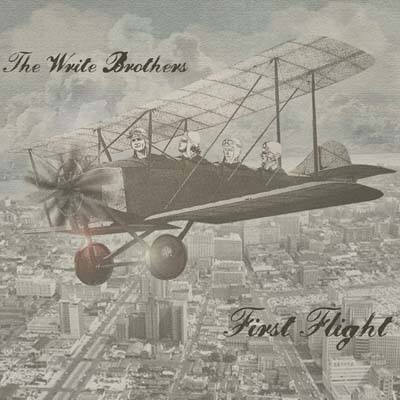 Since Paul's work is what I know best, I'm going to talk about how his contributions influence the album. I can only assume that what I say about him is true of the other three. It was interesting to hear Paul through the filter of three other people -- I could pick out which lines were his, but they have a new power when woven through a larger tapestry. It was also interesting hearing him sing a song that seemed to have less of his influence -- "Lost Eskimo" is a country tune that's a little more sharp-worded and cutting than most of his recent output. For what it's worth, I liked hearing him sound bitter again, even if for a short while. These guys are all powerhouses on their own, but it's exciting to hear them challenge themselves through collaboration. That excitement and sense of risk-taking is prevalent throughout the album.

Overall, this is a beautiful set of songs. Some of them are silly -- like "Too Many Times" and "The Ballad of Lito Benito" -- but the more serious tunes will remind you why you like music in the first place. It's worth reading Offbeat Magazine's story about the creative process that went into the album. These guys make writing amazing music seem so easy, so it's nice to have a reminder that the process is puts you in a pretty vulnerable place, especially when working with others.