The Deer Run Drifters's sophomore album opens with the lines

Young and dumb...
Not good at much
But fucking up

It could be another album about crying in your cups (it is) but it's not the usual gravely sad-sack guy we're used to. Instead of self-pity, the Deer Run Drifters brings us a rueful remorse that's...sweet, somehow. They remind me of the Refreshments but without any punchlines. 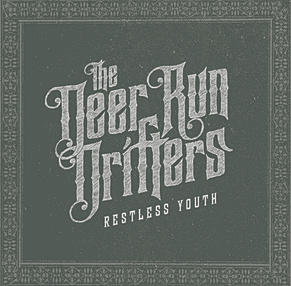 The musicianship on the album is top-knotch. Not necessarily because of any musical pyrotechnics, but because each musician complements each other so well. When was the last time you thought to yourself, "Damn, that's a great bassline"? Right? Every so often one of the instruments will float out of the background and tickle your ear, only to recede as innocuously as it arrived. Overall, the Deer Run Drifters cover ground that is well-trodden and well-loved here, but they bring with it a delicacy that is fresh. We're almost halfway through 2015 and this is easily one of my favorite albums so far.

Email ThisBlogThis!Share to TwitterShare to FacebookShare to Pinterest
Labels: the basics, The Deer Run Drifters