I caught Dale Watson on one of the few (the only?) times I've watched Austin City Limits (Kasey Musgraves was also featured on the show.) I loved Watson's poise and, most of all, his voice. Also the sideburns you could run your fingers through. I don't know much about Watson's life, but his songs make him sound like an old-school country troubadour, the kind they just don't make anymore. 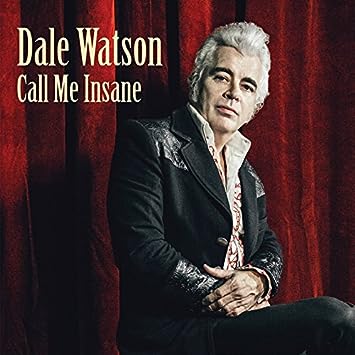 Call Me Insane is exactly what I'd expect from a classic country album: catchy humor ("Heaven's Gonna Have a Honky Tonk"), pre-breakup meditations ("I'm Through Hurtin'"), references to late greats ("Jonesin' for Jones"), and epic breakup ballads like "Call Me Insane," which has a pedal steel guitar part as epic as the Sonoran Desert. Watson's got it all down pat. Watson is a reminder that great country music isn't dead. You just have to look a little harder for it.

Dale Watson -- Official, Shop
Posted by Rachel Cholst at 12:00 AM