I love being exposed to so much music -- even music that's not so great. I like all of the music I post on the site, obviously. But it's a rare treat when something resonates with me deeply. When I hear a song that hits me right there, I feel like a string that's been tightened enough to match a tuning fork. There's no better feeling.

I felt that way on my first listen of Norma MacDonald's Burn the Tapes. 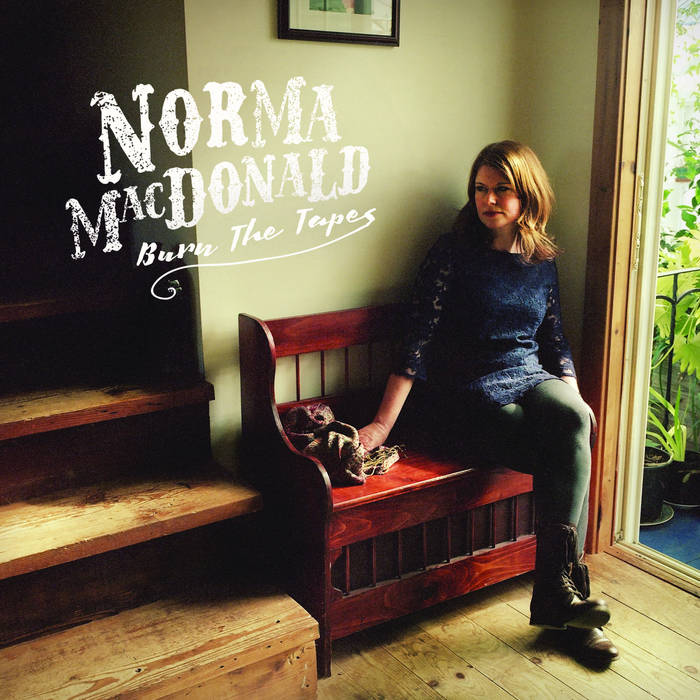 MacDonald starts things off with "Company," a country song with an incongruously Pixies-esque bassline. But it's "Blue as a Jay" that set me pinging. But don't look too closely into what it says about me:

And oh, can I take you home
Can I stay with you til the morning
And why oh why does this feeling die
And these lonesome blue some a-callin’

This isn't the whole thing, but it one song MacDonald captures the tortured longing for a one-night companion: the wanting and the uncertainty, knowing that whatever gratification you get won't last. But it also hints at a deeper depression. No amount of suitors is going to make that go away. (OK, maybe this is more about where my head is at right now after all.)

There are lots of ladies who sing sad songs and who sing love songs and "love" songs to guys (and I'm being heteronormative for a reason). But MacDonald's confident songwriting places her as an agent in these emotions, rather than a passive actor to which these emotions happen. It's a refreshing change, and I suppose it explains why I tend to listen to songs written by men, who are sad and angry about being sad. I'd rather listen to someone take ownership of their emotions than be confused about why life is happening to them.

MacDonald does this with aplomb. She's self-assured without being brash or flashy. These are beautiful, gentle country songs featuring powerful performances by gifted musicians (that steel guitar! Those duets!) Burn the Tapes is fantastic and it should become yours.