As I write this, the US Supreme Court has yet to announce its ruling on same-sex marriage, though we all may wake up to a significantly altered America by the time this goes live. (Edit: I wrote thi son Thursday. Fuck yeah and fuck off, conservatives.) Given how I began this year's Pride Week -- with a discussion about allies and activism -- it seems fitting to end it with Grace Petrie's strident Love Is My Rebellion and her delightful "I Do Not Have the Power to Cause a Flood."

I found Grace's album completely by accident while scrolling through Bandcamp a few weeks ago. Your mother and teachers lied -- you can often judge a book by its cover and I was intrigued by the pirate ship-looking deal on the cover. 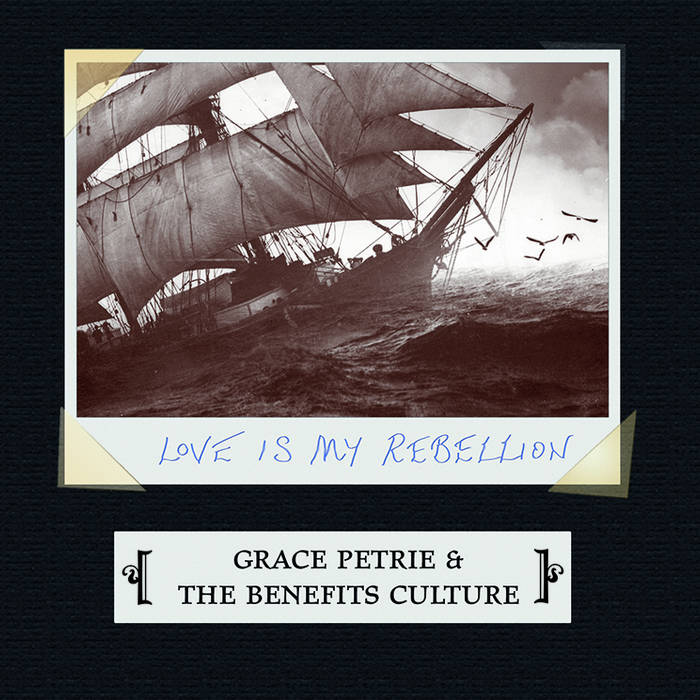 I knew I had found something special with the first chord and Petrie's strident vocals. I don't think it's a stretch to say she reminds me of Frank Turner -- that strange mix of deep cynicism, optimism, and cheekiness. I guess it's a British thing. It goes without saying that they're both deeply influenced by the British folk tradition and, to be honest, I think if Petrie and Turner had to compete a songwriting competition, it'd be a close race. It wasn't until my third listen through (and then finding "I Do Not Have the Power to Cause a Flood") that it occurred to me that maybe her breakup, "You Were Always Going to Break My Heart, Honey," was written to someone of the fairer sex after all. "Protest Singer Blues" also stands out as a brilliant commentary on inspiration and self-doubt, both artistically and politically. For the most part, these songs rail against the UK's austerity culture -- which has many parallels here in the states.

Love Is My Rebellion is appropriate for Pride not just because Petrie is queer, but because the album addresses the intersectionality of the struggle for queer rights, worker's rights, gender equality, and racial equality. This must be the next direction for the LGBTQ movement, no matter how the Supreme Court rules in the coming days.

And here's Petrie's response to all those crazos who blame me for natural disasters:


Petrie just released a new album a few weeks ago. I can't wait to listen to it and tell you all about it on here, so stay tuned or listen for yourself on Bandcamp!