I wrote about Petrie's previous album a scant two months ago, but she went ahead and released her latest, Whatever's Left, the day before my review went up. (What a scamp.) So she made it back into the rotation.

Really the only thing that's changed since last time is my increased appreciation for Petrie's incisive lyrics and no-frills vocals. Although Whatever's Left comes in the wake of a crushing Tory victory (did I get that right?), the majority of the songs on this album feel more personal than last time around. 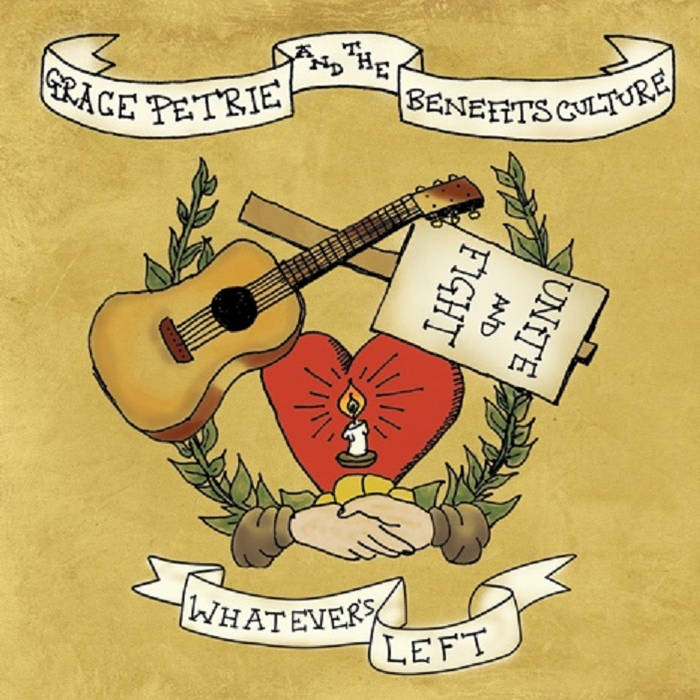 Though Petrie has a full band backing on her most of these songs, it's worth noting that the forcefulness of her personality -- though blunted by witty aside and smart musical reference -- shines through. As Petrie herself admits in "Revolutionary in the Wrong Time," maybe what she's saying isn't so original, but goddammit she's going to call at like she sees it. Petrie's plain, commonsense approach allows her political songs and love songs -- which are not necessarily separate ("The Last Love Song" is pretty great) -- fall with the same hammer-like impact. My favorite song, "Ivy," makes me tear up a little every time. If I understand it correctly, Petrie recounts abruptly leaving a folk festival in order to get home in time for the birth of a new relative (niece?) It has all of Petrie's trademark humor and warmth, and her sense of awe rockets from her mouth to your ears. Whether or not you're a British politics junkie, Whatever's Left is urgent, human, and necessary.

Email ThisBlogThis!Share to TwitterShare to FacebookShare to Pinterest
Labels: Grace Petrie, the basics