Ali Holder -- From My Veins Will Fall

From the strange, discordant opening strum on Ali Holder's sophomore release, From My Veins Will Fall is a short but powerful piece. Holder's first album, In Preparation for Saturn's Return, was a bit whimsical. Whatever's happened in the last two years -- Saturn's return hitting her pretty hard, I'd expect -- it's stamped that right out of Holder, but she seems to be stronger for it. 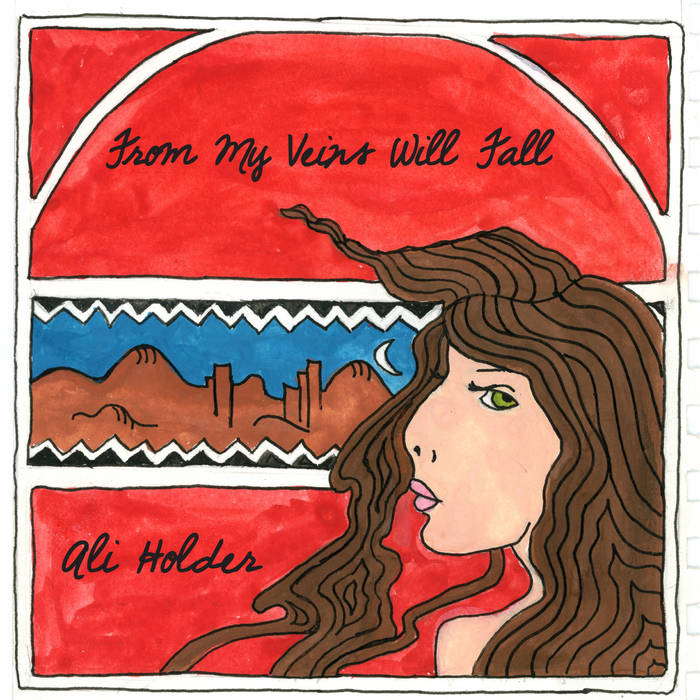 "Feel Alive"'s world-weary tone reminds me of Lucinda Williams, though Holder is hard to pin down throughout these songs. Holder glides between country, pop, rock, and Southern Gothic. It speaks to the power of her vision that all of these songs are so united in spirit. It's a sort of weariness and sadness that comes from learning the hard way and the strength that comes afterwards. "Elastic Time" will surely be on rotation for me as a reminder that this too shall pass, and it'll have a great soundtrack when it does.

Correction: I originally wrote that the album was called From My Veins Will Flow. Sorry for botching a great title, Ali!
Posted by Rachel Cholst at 12:00 AM