Lest you decry the infiltration of synthesizers in all walks of music, it appears that punk is not dead in the Twin Cities. Nervous Breakthroughs is four songs by four different bands, and each offers a fresh take on a supposedly dead (or forgotten) genre. 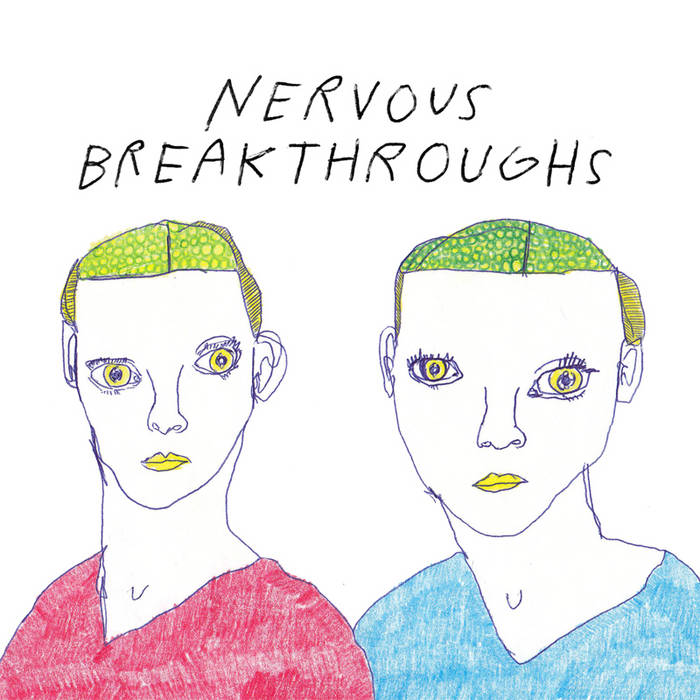 "Ta-Da" by Catbath -- The trio of strange, prophetic-seeming voices supported by distorted '50s guitars is as distinctive as it is catchy. Catbath takes their music to interesting places, and I'm happy to be on board.

"Strange Relations" by Drift -- Drift's loud-soft dynamic calls early Corin Tucker and Carrie Brownstein to mind, though they've added a bit of psyched-out fuzz from the 2000s to take away the edge. It's all of the things I love about indie rock from the '90s up to and including today (even the first decade of this century, which was overall pretty lame in my eyes.) "Strange Relations" ties it all together in ways that make it all make it sense.

"Streets Ahead" by Whatever Forever -- "Streets Ahead" is the most straightforward song on this collection. The aggressive lyrics are softened by a deadpan delivery and a mix that pushes the fist-pumping drums behind layers of guitar.

"Bye Babe" by Daisy Chains -- This song is the one that stole my heart. According to the press info, the song is about asking too much from your partner and realizing that maybe it is, in fact, too much, so you feel bad about it but you bail. Similarly, the song teeters between surf rock and punk along a jangly, frantic, cheerful guitar line.

You can download the EP for free and find out more about the bands on Bandcamp.
Posted by Rachel Cholst at 12:00 AM