If a science experiment is all about getting the same result after reproducing the experimental conditions a number of times, then I have scientifically proven that State Champion is best listened to at 2 AM when you're sobering up on the subway (preferably the D train but the A will do.) Three years later and I'm still picking up new stuff from their second album, Deep Shit -- by far one of my top 10 albums of the 730-something I've listened to for this blog. Unfortunately, I'm not drinking at the moment and I've been able to cheat because the LP includes a lyric zine (as well as a poster on newsprint. I'm not sure what I'll do with it. Maybe give it to my grandkids when vinyl becomes cool again for a second time. "Don't you kids like rock'n'roooollllll?!" But they won't hear me over the sound of their psych-folk-dubstep fusion.) Fortunately, Fantasy Error is just as enjoyable as Deep Shit while sobering up, and I look forward to the days when I can blearily listen to this album after a good night out. 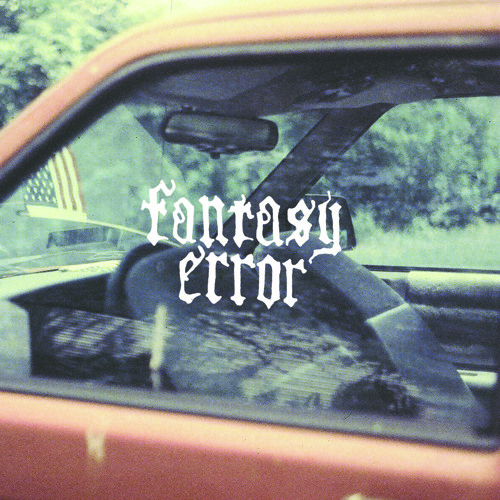 Fantasy Error follows in the band's tradition of crafting complex songs about weird misanthropes. Davis has a gift with the English language that is hard to replicate in music or poetry. Even with the lyrics sitting in front of me I know that it'll take another couple of years of constant listening to begin to unpack the layers. However, for now I can say the two standout tracks are "Don't Leave Home Without My Love":

Wait one Christian minute, master
And tell me of the days how you pissed away
The sun from every rise that rose your way
And as the postal light pour
Through pores in postal brick
To postal floor
The postal clerk is crumbling up your letter
As he takes you by the neck of your sweater
And the shows you the door
He tells you "We don't take forever stamps no more"

Musically, the band has become more sophisticated, as can be seen in the gentle fills on "Wake Me Up" and the opening bars of "Sunbathing I." Just as the words and imagery have a softer edge than Deep Shit, the band seems more concerned with beauty on their previous releases. Who knew that a song about "Dickensian hangovers" could be pretty?

This might not be the album where State Champion gets their due, but it's got perfection written all over. The band is most interesting when it teeters between rock'n'roll crass and literate sophistication. Instead of toying with that border, as they have in the past, Fantasy Error is all about making room for that space in between.

Email ThisBlogThis!Share to TwitterShare to FacebookShare to Pinterest
Labels: State Champion, the basics