How many times can you record an album without seeming self-indulgent? MakeWar would like to let you know that the answer is three. You may remember the band as Sad and French, but drummer Greg Taylor crashed the party and made Sad and French distinctly less sad with his superhuman fills and genial stage presence. To reflect the new sound, the band re-recorded Sad and French's album with more of an arena punk feel while retaining its country verneer. 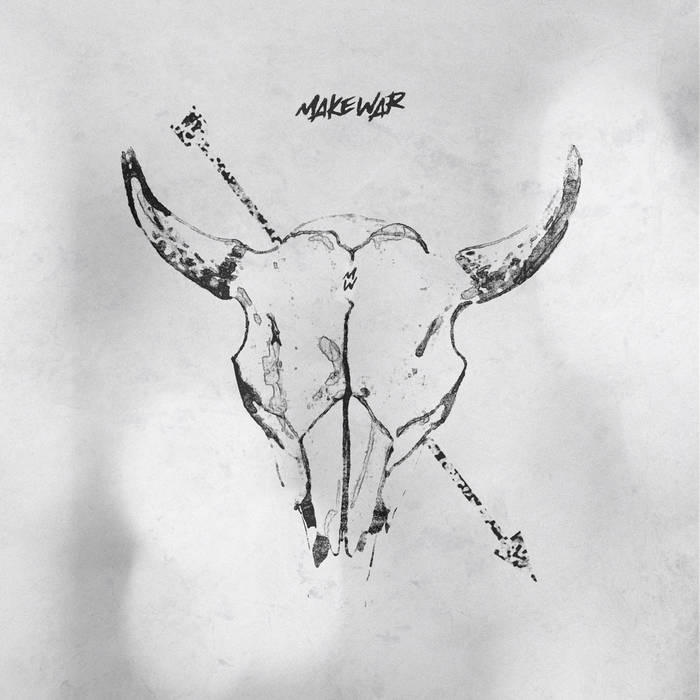 Unsurprisingly, the songs work well as punk anthems. My favorites, "Another Way to Let You Go," "Second Floor," and "Cheers to You" get the treatment they were waiting for. But my favoritest of all, "When the Poison Flows," well take some getting used to from me. It's beautiful and plaintive as an acoustic song, which gets lose in the faster version. But this makes sense -- after spending enough time moping about the one that got away, you get mad. Really mad. For wasting so much time on them -- both before and after the breakup -- and mad that you want to move on but can't seem to. I should know -- I first listened to these songs days after my first major breakup, and I used this album to help me get through the other side. Hopefully, know that the band has completed the emotional cycle, they're ready to move on produce new, even better work.

MakeWar -- Official, Facebook, Bandcamp
Posted by Rachel Cholst at 12:00 AM