"After Many Miles" kick off Believe with a startling punch. After listening to the song a few times, I had to look up the lyrics: the song has such a timeless quality that I was sure The Ghost of Paul Revere had taken a traditional song I'd heard somewhere before and punched it up with a punk rock beat. That's pretty much par for the course for this album: the songs are a collection of pleasant misdirects -- you think you know what you're in for, but in fact the band has something else in store for you. 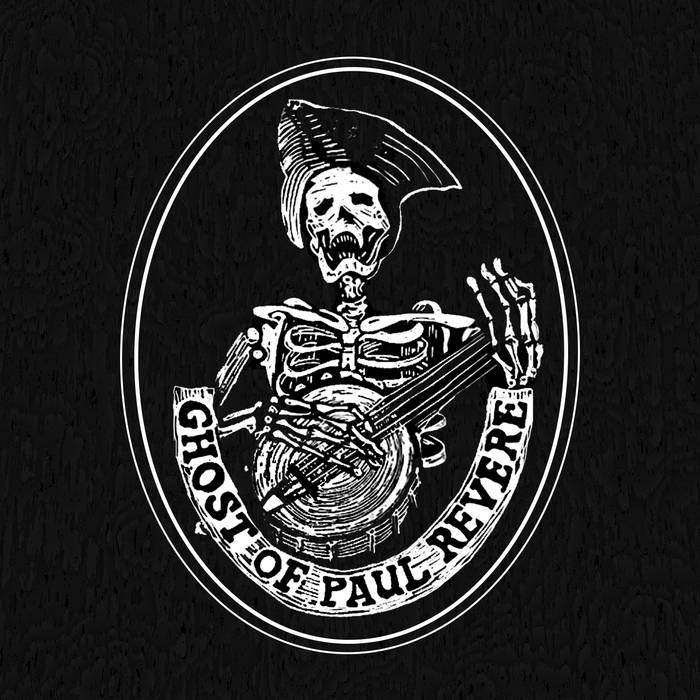 While it's true that Paul Revere has a healthy admiration for gothic atmosphere (see "Funeral," "Ghostland," "This Is the End" among others), Believe is more of a romp than a Murder By Death-esque nihilstic jaunt through Hell. That's about as much gothic as I prefer. Instead, the Ghost of Paul Revere leavens your mortality with the things kids love these days: gang vocals, foot stomps, and punk rock. Overall, Believe is a rambunctious album, and I'm sure the band puts on an excellent live show.

If you live in New York City, you can leaven your Friday with the Ghost of Paul Revere and some great BBQ at the Shop Brooklyn. If you want to see the show for free (BBQ not included), leave a comment below saying which Founding Father you'd like to have haunt you, and why. LEAVE YOUR E-MAIL ADDRESS so I can contact you. I'll e-mail you by noon on Friday to let you know if you've won the golden ticket.

The Ghost of Paul Revere -- Official, Facebook, Bandcamp
Posted by Rachel Cholst at 12:00 AM

Email ThisBlogThis!Share to TwitterShare to FacebookShare to Pinterest
Labels: cheap music, The Ghost of Paul Revere