I wrote about Joplin Rice's Low Hum a few months ago, but Rice edged in another 2015 release at almost the last second. Rice has melancholy down to a fine art. Where Low Hum saw Rice alone in his bedroom crooning ballads to an acoustic guitar, Hurricane Alaska finds him alone in his bedroom with the magic of multi-tracking. The full band sound suits Rice: he has a strong power pop sensibility that calls to mind Athens, GA ca. the early '90s. It allows his plaintive voice and lyrics about isolation become lost in a swell of cheerful song, which ultimately drives his point home even more. 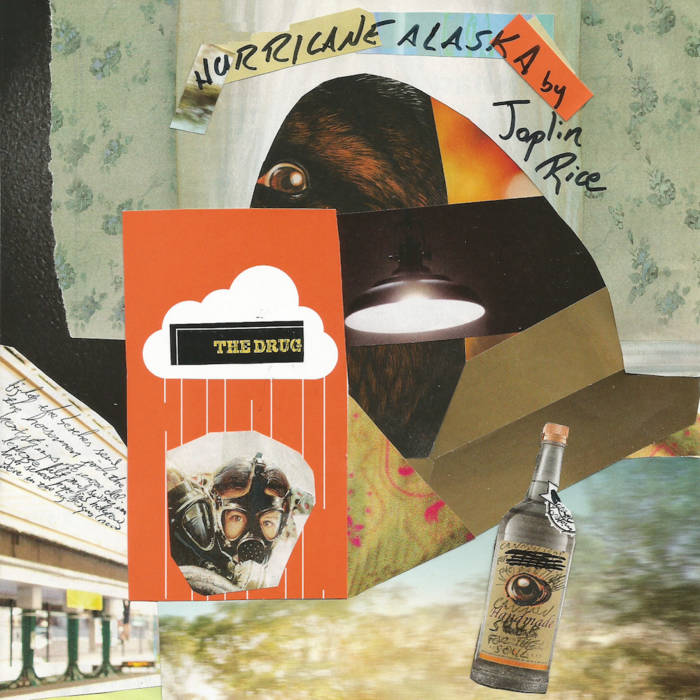 For better or worse, the layered music obfuscates Rice's pointed lyrics. That's not necessarily a bad thing, though -- it serves to soften the blow. When you hear

float through the distorted guitars, maybe after your third listen, you'll find yourself good and sucker-punched. Hurricane Alaska is a sobering album -- or at least one for sobering up -- but it might be the right kind of bitter medicine to drink when you're in a funk.

Joplin Rice -- Facebook, Bandcamp, info on his alter-ego Ezra Triste
Posted by Rachel Cholst at 12:00 AM