Animal City's Bump Head Go Home was easily one of my favorite albums last year. The band has just released an EP of B-sides that they didn't want to part with. Each song on Party City is a unique glimpse into the band's strange humor and piercing observations on every day life. Here to tell you about the EP is the band's most expert interviewer...themselves. 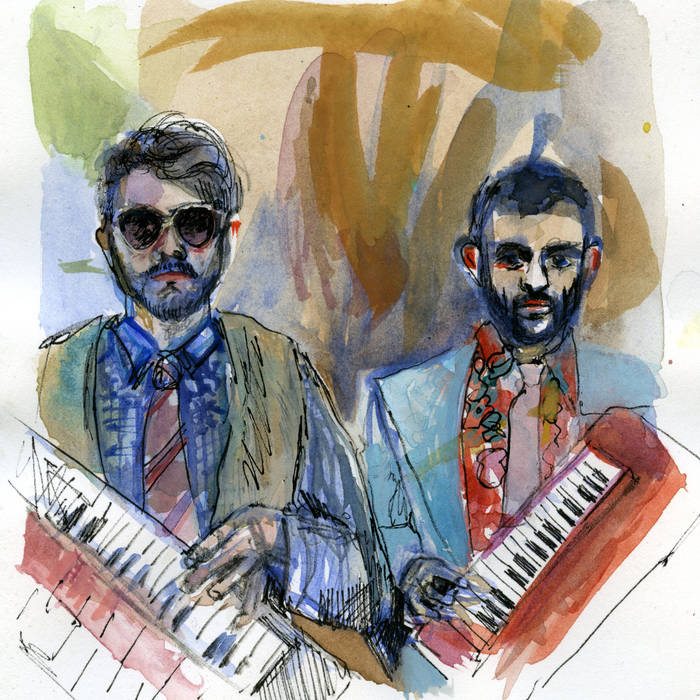 HOLLYWOOD, CALIFORNIA -- I walk out of my apartment and blindfold myself. I bend forward, put my head down, and spin around a baseball bat ten times really fast. So fast I’m sick. I take my blindfold off and walk back inside my apartment. There he is, on my couch in the living room, drinking one of my beers, co-founder of the traveling rock-n-roll outfit Animal City. His name is Salvatore “Chico” Cassato, and he’s smoking a cigarette I gave him mere minutes earlier. He’s who I’m here at my house to interview today, and he’s pointing an Airsoft gun in my general direction.

Dakota: Have you ever interviewed someone in your own band before?

S: No. But I guess I interview you a little bit every day. Writing songs with

someone usually uncovers some funny stuff.

S: And that’s great. It’s amazing how you can know someone for so long and still be getting to know them... Alright, ask me a question.

D: What are you doing here?

D: No, I meant what are you doing in LA?


S: We just shot a video for Animal City directed by our pal Josh Jolcover. It’s for the song “Friend in Florida” off our last LP Bump Head Go Home out on Sophomore Lounge Records. The two of us are about to do a quick tour up the coast in February, we’re making our way up to Oregon.

D: Yeah, we’re recording up in Portland with our homies Milk and Dust and the Making New Enemies crew.

S: That’s really exciting. Run me down the list, what else are we supposed to talk about?

S: Oh yeah, tell me about the Party City EP.

D: Party City is a collection of weirdos and orphan tracks from a bunch of different Animal City recordings we did over the years. They’re songs that didn’t make it onto any of our records, but they’re just too good to get rid of. We’re really stoked that these songs we love finally have a place to live.

So this EP is really special to us.

S: Dude, I’ve thrown away so many songs. It’s crazy.

D: You buy it, at ANIMALCITY.BANDCAMP.COM, or you can buy a CD or digital download from us in person at one of our shows.