Austin Lucas -- Between the Moon and the Midwest

Austin Lucas went to hell and back -- almost literally -- for this album. We were supposed to have Between the Moon in our hands two years ago. Following the success of Lucas's Stay Reckless, New West Records was prepared to give proper support to Lucas's psychedelic, alt-country concept album. But personal changes resulted in Lucas getting dropped from the label altogether. (You can read more about what happened at Farce the Music's thoughtful and compelling interview.) The long story short is that, in the spring of 2014, New West felt a country-heavy, pscyhedelic-tinged album would not catch on. A few weeks later, Sturgill Simpson released Metamodern Sounds in Country Music and demand for authentic, risky country music has not slaked.

Most people would have stepped away at this point -- either from that particular project, or even music itself. But in spite of crippling depression and anxiety, Lucas pushed himself through the fire, purchased the tracks, and is finally releasing the album. Suffice to say, this is a project worth the effort. While it's a shame we didn't receive it when we should have, with the marketing budget this album deserves, it would have been a huge loss to the world if we had never seen it at all. 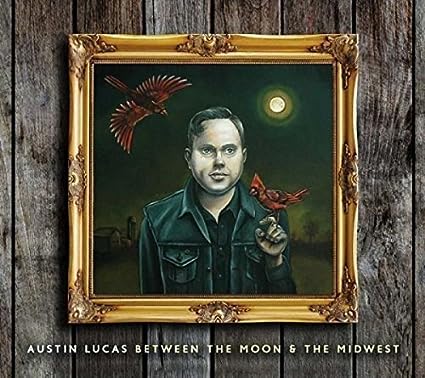 The songs are characteristically gorgeous -- Lucas's gift for creating beautiful, almost epic poetry to tell the stories of small-town love and heartbreak should earn him praise enough. It's his warm, wise-beyond-his-years voice that gives all of his songs that special punch. The album itself surely benefits from all of the friends Lucas brought on board: Joey Kneiser, who released a tremendous album of his own earlier this year, helmed the project as producer. Kneiser showcased both his and Lucas's skill at shifting styles when the moment calls for it. With a lush studio sound, restrained steel guitars, and an elegant, mellow bass to guide these songs, this album sounds the most traditionally "country" of either artists' ouvre. John Moreland shows his upbeat side accompanying Lucas on "Ain't We Free?" -- I almost didn't recognize him -- and Lydia Loveless turns down from 11 to 10 for her duet on "Wrong Side of the Dream." Glossary alumna Kelly Smith balances Lucas's loneliness with her own grace and gravitas.

I can't help hoping that the general music-consuming audience is going to snap this up. Between the Moon is a monumental achievement for everyone involved. Most people who read this blog have known for a long time that he's truly gifted. This album is as good an introduction as any to the uninitiated, as it is by far his strongest work in an already incredible lineup of albums. With artists like Chris Stapleton, Jason Isbell, and John Moreland enjoying the success they richly deserve, everyone had better make room on their digital or physical shelves for Austin Lucas' unique voice.

Email ThisBlogThis!Share to TwitterShare to FacebookShare to Pinterest
Labels: Austin Lucas, the basics