Nick 13's 2011 solo release, Nick 13, still pops up in my mind palace and remains one of my favorite albums that I've reviewed over the past five years. A gentle, haunting mix of 60s pop and rockabilly, Nick 13 brings the same sensibility to his full band, Tiger Army. 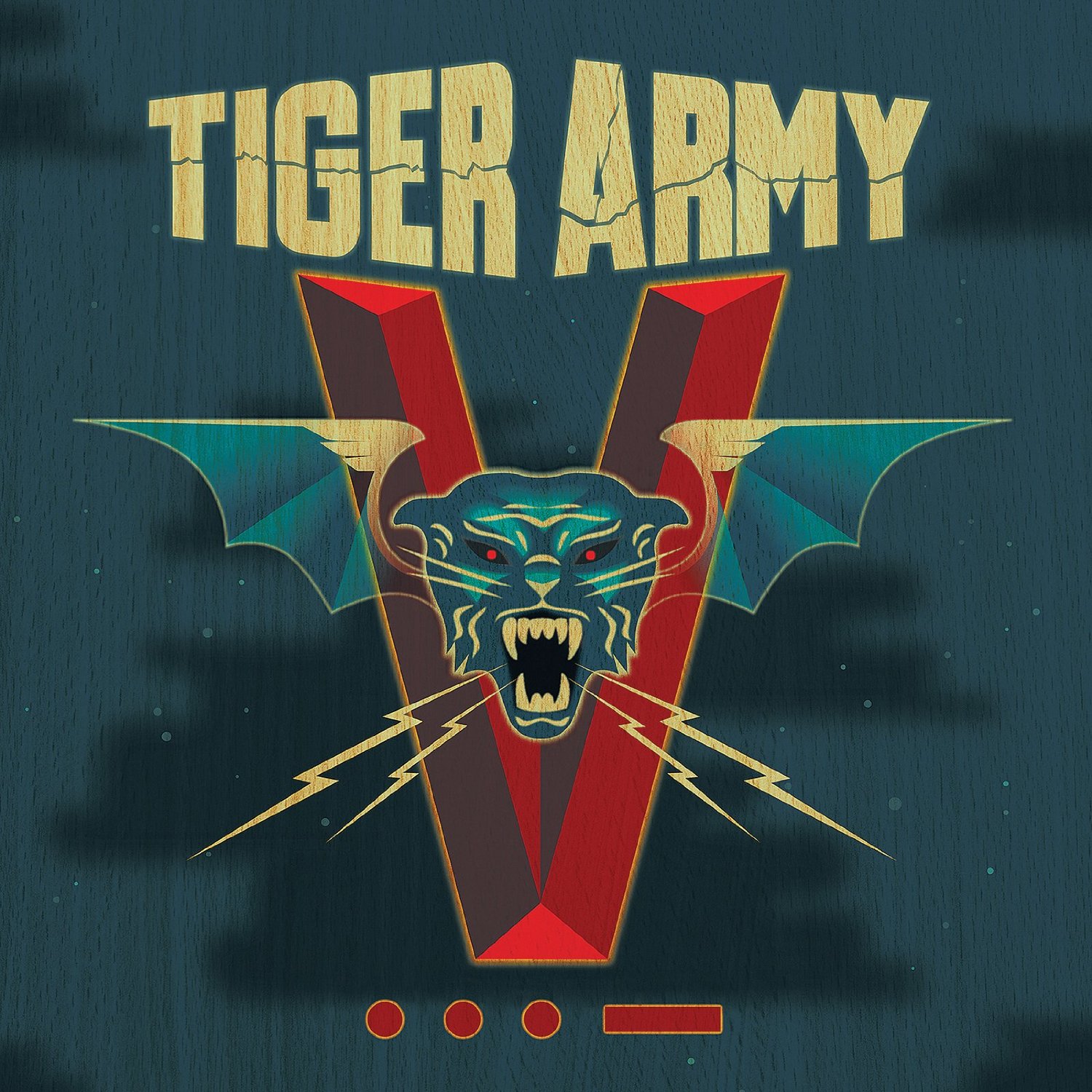 The band's legacy precedes its reputation, in a sense. Contemporaries of other punkabilly bands like Social Distortion, Tiger Army has been dormant for a number of years. V...- brings the band roaring back to life. "Firefall" is a blistering opener, reminding us that Tiger Army is more than ready to make itself heard, combining ferocious guitars with Nick 13's trademark ghostly prognostications. The strongest tracks on V...-, though, are the ones that play to what makes the band stand out: "World Without the Moon" and "Dark and Lonely Night" play up Nick 13's fascination with old pop groups, calling to mind a strange combination of the Platters, Hank Williams, and the Ramones. Maybe they're all playing together in Heaven (or wherever musicians go) but on Earth, we're lucky enough to have Tiger Army.