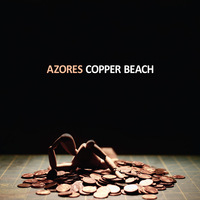 Paixaio's lyrics, with references to subjects as disparate as mystical allusions to third eyes, don't rhyme and feel crammed into the band's straightforward rock melodies, creating an impalpable tension in the music. This isn't a critique at all; it's critical to the band's overall ability to create a sense of kinetic energy -- while you're listening to this music, you might not want to dance but standing (or sitting) still is simply uncomfortable. This feeling contributes to the overall theme of this record: even if nothing feels quite right, you just have to do something.


Azores -- Facebook, Purchase from Funny/Not Funny Records
Posted by Rachel Cholst at 10:14 AM