Recently I've received a number of submissions claiming to be "urban folk." That's a headscratcher, considering that a lot of modern folk music is indebted to Bob Dylan and the Village. Turns out, it's generic hipster fluff with acoustic guitars and synthesizers. Boring. But if anyone were to reclaim the title and refashion it properly, it'd be Cricket Tell the Weather. 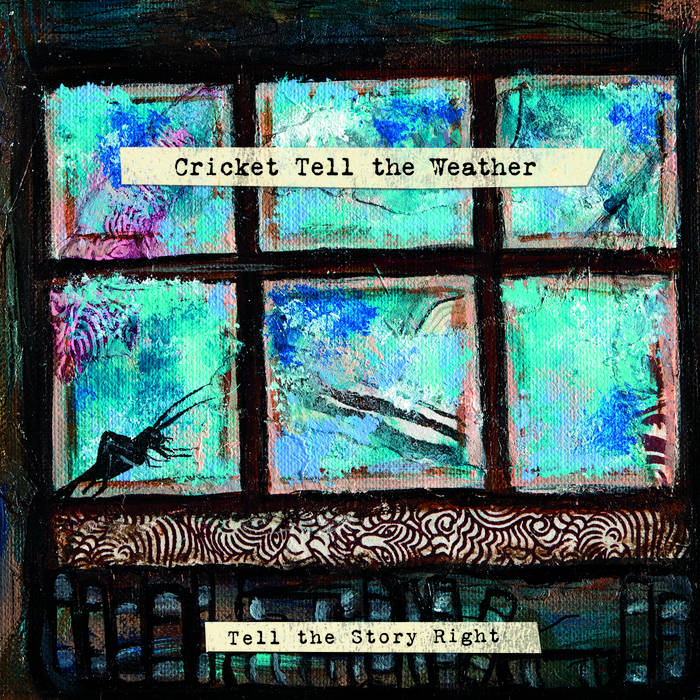 I'm going to do my best to explain this, but listening to Tell the Story Right, I took a step back and realized, "Oh -- this is about me." A lot of the music featured here ranges from the Midwest to the South, which is a beautiful thing. But I didn't have a rural or even suburban upbringing, so listening to songs about throwing rocks at girls' windows or making out in cars only goes so far with me. While Tell the Story covers a lot of song with several originals, two spirituals, and a few covers, I feel it captures the rootlessness of an urban twenty-something, wraps it up neatly, and ties it in a bow.

But what makes this a folk album? After all, there are lots of kids from "nice" families who can play bluegrass out there. First of all, you can hear the band's emotional investment in their music. Bluegrass is not some kind of lark for them; this is a form of expression that speaks deeply to its members. If winning the 2013 FreshGrass award doesn't assure you that the experts agree with me, take a listen and hear it for yourself. Cricket Tell the Weather's thoughtful arrangements, careful lyrics, and gentle innovation in old time-y music assure us that the future of folk music -- urban or otherwise -- is in good hands.