Haven't done one of these in a while. This time around, instead of sending a list of questions, Max and I wrote back and forth. This exchange mostly involved Max gently reminding me to ask him more questions. I appreciate his patience! If you haven't had a chance to read or listen to Max's latest album, How to Dream Again, hie thee here. Other than personal exchanges between Max and myself, the interview is reproduced below.

OK, so for the folks at home, could you tell us about your teaching experience? How do you feel it influenced your music pre-How to Dream Again?


After I graduated from college in 2009, I moved out to the Bay Area to teach middle school English. I had joined Teach For America, which is a two year commitment, but I ended up staying on for a total of four years. If you don't know what Teach For America is, it places teachers in low-income schools across the country to try to improve educational opportunities for kids in those communities. I ultimately felt that their model was flawed, but the social justice aspect of the organization appealed to me.

I ended up having a really good - if also often stressful and frustrating - experience at the school where I taught. I was drawn to teaching because I liked the idea of helping kids think about their lives and their futures - I wanted to be the "cool English teacher", I guess. It was really rewarding, but it ultimately wasn't the right fit for me. I think I'm too much of an introvert to teach for 6 hours a day, and I just had other ambitions. 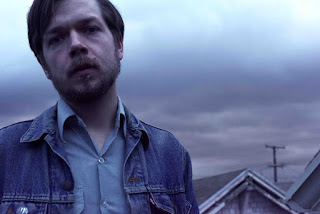 I had wanted to be a musician since I was five years old, but I was at a point in my life where I had kind of given up on that dream. Teaching was kind of a Plan B that ended up becoming my Plan A for four years. By early 2013, I was about to finish my first record Judah's Gone, and I just knew that I wouldn't be able to live with myself if I didn't commit to music more fully.

I wrote most of 27 shortly after I left the classroom. I think I still had this sense of needing to make up for lost time, and I was scared that I had missed out on something by only committing to my musical ambitions half-heartedly up until that point. I think that's most present on "Restless" and "Mountains". So before How To Dream Again, I think my teaching experience only influenced my songwriting in that teaching had been this "Plan B" that I felt a need to break away from.

That all makes sense. In "Sad/Satisfied," though, you make fun of yourself a bit for only writing love songs. Were your pre-teaching politics enough to push you to write more political songs or did teaching help you put a fire in your belly?

I feel like my experiences as a teacher were one component of a much larger political awakening and education that I underwent during my 20s. I became a teacher in order to play some small role in helping make the world a better place, but I left feeling like there were much larger systemic forces that created the cycle of poverty that my students were in. So I went off and learned more about those economic, racial and historical factors on my own time.

In hindsight, I don't think I really wanted to be a teacher at all - I wanted to be part of a movement. Teaching is a very detail-oriented job, but I was all about the big picture. When I realized that a teaching career wasn't a very efficient avenue for the kind of social change I wanted to be a part of, I lost interest. I admit that's a little childish, but I think I made the right call. Kids need teachers that are committed to the profession, and that just wasn't me.

I left teaching in the summer of 2013, and the following year and a half was a pretty self-centered time for me. I spent a lot of time just trying to figure out how to throw myself into music and still pay the rent. I went from having this very broad focus on my place in society, to having this very narrow focus on "succeeding" as a musician. For maybe the first time in my life, I had really bought into a "rat race" mentality, although it took me a while to realize it because the music industry seems on the surface like such a non-mainstream path. I had convinced myself that I was living by my values because I was "following my dream".

"Sad/Satisfied" is specifically about trying to snap out of that "rat race" mentality, and striving to make art that reflects my values, rather than what comes easily or what people might want to hear. One part of that was engaging with the side of myself that I'd neglected when I quit teaching - the side that's interested in being part of a larger movement for social change. In 2013, I had decided that teaching was not the best way for me to be involved in social change, but I hadn't found a new outlet for that energy and I could feel it welling up. I thought I'd try writing about it.

I'd also become bored from hearing thousands of variations on "I'm really sad" in songs. That is the theme of many of my favorite songs, but if it's not done well it just comes off as self-pity. I didn't want to come off as one more self-pitying white guy, especially since I was starting to feel really good about my life, my career, and my relationships. I wanted to be less of a victim in my songs - I wanted to be someone who was fighting for something. "Sad/Satisfied" is me attempting to answer the question, "If I'm not going to be just one more bummed-out songwriter, what am I going to be?" The answer came as I wrote the song: "Don't be so sad / (but also) Don't be so satisfied".

Something I found particularly striking about the album is that you're very intentional about positioning yourself as a straight white man. (Or at least, your recorded love songs seem to be directed at women. Not asking you to self-identify here.) A lot of folk music tends to position the singer at the center of the movement, but you haven't done that. I dabble in songwriting myself but I haven't figured out how to comment on police brutality and the Black Lives Matter movement without sounding like an ass, but you pulled it off beautifully. How did you balance your desire to be a part of social change without making yourself or your white outrage the focus of your songs?

Well, I just am a straight white man. I'm not going to try to pose as something I'm not. But I'm also aware of my privilege. I think a lot of the songs are about me exploring my privilege and asking myself what role I can or should play as an agent of social change. I was just trying to have an honest conversation with myself about that, and the songs came out the way they did. In a lot of political songs, the narrator (whether it's the songwriter or another character) is often on the receiving end of some sort of oppression or injustice. If you're a person with a lot of privilege, it's harder to write from that angle. You have to be more of an observer, reporting on what's going on. That's what I ended up doing on a lot of these songs.

Where do you see yourself as a songwriter fitting in to the movement for change? Are there other ways you contribute as well?


I don't have some grand scheme about how these songs fit into any sort of movement. I wanted to write songs that engaged in broader political and moral conversations that I noticed were going on. I feel like we're living through a time of great transition - I don't think anyone has a clue what our country will look like in 2 years, let alone 10 - and I didn't want to feel like I was sitting on the sidelines. As an artist, it just intuitively felt like the right move for me.

I feel like this album is the beginning of a larger personal change for me. A lot of the songs are about figuring out how to engage with the world as a community member, rather than as this isolated individual. I'm still learning how to do that.
This album is one of the best all year. And you can hear Porter sing it live with A&T alumnae John Calvin Abney, Joey Kneiser, Kent Goolsby, and Anna Tivel. The dates are below: