Emma Goldman, one of my many favorite revolutionary queer Jewesses, famously wrote "If I can't dance, I don't want to be a part of your revolution." Goldman was referring to overly serious men who felt their sense of humor -- and therefore humanity -- needed to be drained for the cause. Goldman knew that solidarity is built just as much on ideology as it is on human bonds and connection. I think she would have been a huge fan of Xenia Rubinos. 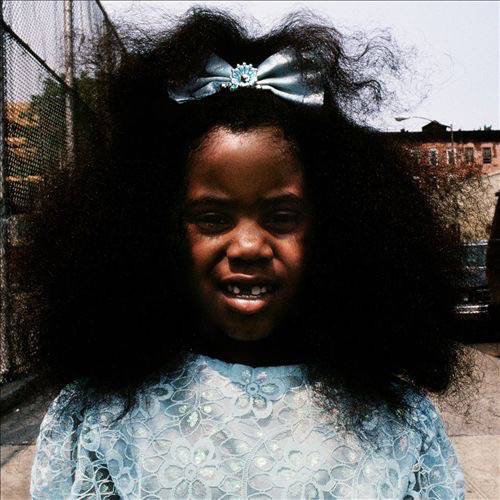 Black Terry Cat is one of a wave of R&B and hip hop albums by women of color that blends the personal and political. Though Solange's Don't Touch My Hair is arguably the crest of that wave, Black Terry Cat anticipated that album by a few months. Rubinos, a Puerto Rican-American from the real Williamsburg, is the full package -- crunchy guitar riffs ground excellently-produced tracks, lyrics tight enough to compress coal into diamond, and stunning vocal performances that sleekly transition from crooning to spitting rap lyrics. I'm posting the video for "Mexican Chef" here so you can see the lyrics and music juxtaposed:


I think Americana music often gets a free pass from entering the political sphere. Obviously, there's an amazing political tradition reflected in its many subgenres. But the fact is that it's possible to have an entire critically-acclaimed career and never write a song about the government. Sure, there are songs about poverty and addiction, but they rarely point to the causes. That's because being straight, white, able-bodied, Christian, and cis-gendered is often viewed as the "default" and not worthy of discussion. But for anyone who falls outside that category, the personal is always political. As a queer Jewish masculine-presenting woman, I am acutely aware of the ways in which government policy intertwines with social norms to constantly remind me that I am, to some extent, on the outside. That's the extent to which my experiences are similar to Rubinos and her contemporaries, of course -- and I'm not claiming that we're in the same boat at all. My point is that it would be great to go through my daily life without these constant reminders that a significant portion of the world doesn't want me around, but it's an intrinsic part of my existence. Any form of self-expression (like this blog) necessarily includes that lens. If that's something that you, as the reader or listener, can't stomach, then you're ignoring a very important aspect of somebody else's existence.

Solange, Rubinos, Jamila Woods (whose album I'll write about soon, but I want to get it into your ears ASAP because it's gorgeous) and many others are drawing those connections explicitly, and that's where I feel their music resonates with me. These are pointed barbs at "mainstream" (ie white) conventions, made all the more compelling by coating their messages -- both explicitly critical, like "Mexican Chef" and implicitly like "Don't Wanna Be" -- in humanity and emotion. That's where the seeds of change begin to grow.

Email ThisBlogThis!Share to TwitterShare to FacebookShare to Pinterest
Labels: the basics, Xenia Rubinos