Bill Mallonee -- The Rags of Absence

Bill Mallonee puts out an album every six months. Minimum. There's never a dud and I wish I had more time to just sit with each album. But then a new one comes out. It makes me wonder if Mallonee hits the studio once he's written another ten to twelve songs -- never mind culling the pack because he's just that good. Each of Mallonee's album is recorded with a devotion and desperation like he's scared it'll be his last. So when Mallonee writes (and he always writes extensive liner notes) that this might be his best solo album, that means something. 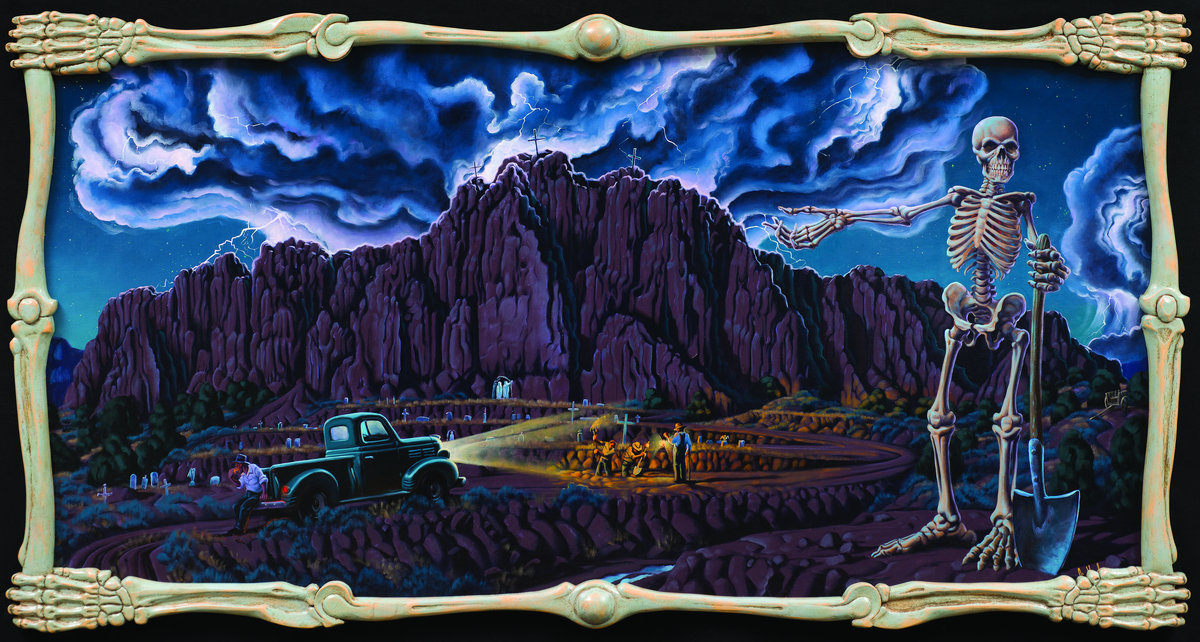 I think it's also my favorite of his in a long time, too. What is it that's different? As I've written before, Mallonee often reuses similar chord structures and melodies, and specific symbols and imagery make regular appearances in Mallonee lyrics. I don't think this is a bad thing; to me, it's Mallonee revisiting a theme to refine his language. To be sure, one must wonder what hasn't been said about loneliness, heartbreak, love, and religion on Mallonee's other 77 (yes) albums.

I will say that Rags of Absence is a lot bolder sonically. This is a roots rock album that rests comfortably with Mallonee's Vigilantes of Love output. Though Mallonee's voice has been aged by 20 years of pounding the asphalt, this time he sits on his bass and middle range, as opposed to reaching for what is now a high and lonesome (see what I did there, Mallonee fans?) upper register on his more acoustic-oriented albums. The songs also feel a little more focused. The album feels like a slice of life on the road. While many of the songs hit you where they need to, I appreciate "Two-Fingered Wave's" ability to capture a small moment -- when a driver and a pedestrian salute each other for no particular reason -- and turn it into genuine poetry. I think that song does a nice job of capturing the whole album, and even Mallonee's ethos -- even in the midst of our bubbles of isolation and guilt and loneliness, caused by all kinds of socio-cultural factors that Mallonee digs deep into, we all search for connection. And no matter how small those moments are, they're worth something.


Bill Mallonee -- Official, Bandcamp
Posted by Rachel Cholst at 12:00 AM

Email ThisBlogThis!Share to TwitterShare to FacebookShare to Pinterest
Labels: Bill Mallonee, the basics