Man, I thought my relationship history was dysfunctional. But compared to McKelvie's L Word-worthy messes, mine are just Sweet Valley. McKelvie's got an aloof self-deprecation that makes these painfully awkward and tense standoffs a little more bearable to listen to. These are war stories, to be sure, but McKelvie revels in using them for entertainment. 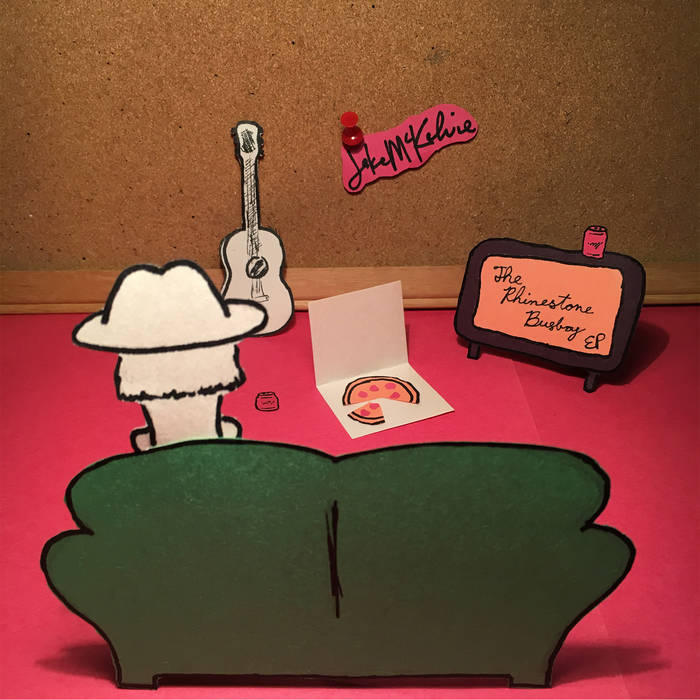 McKelvie's got a country crooner voice, which makes lyrics like these all the more incongruous:

At 2 a.m. after two hours I sign off
And no one has come scrape the dead porcupine
Off the road by your house, where you just kicked me out
'Cause I flat-out can't kiss you with food in my mouth

Instead, we get the sense of a man who's belatedly realizing that the antics of his teens and early twenties maybe aren't so charming anymore, assuming they ever were. Rhinestone Busboy is a refreshing take on realizing that you're getting older -- it's not too self-conscious, serious, or self-deprecating. It just slyly worms its way into your brain.

Hey! Listen! I could use your help moving Adobe & Teardrops forward! Click here to become a Patreon supporter!
Posted by Rachel Cholst at 12:00 AM