The Pinkerton Raid's new album would seem to have sociopolitical commentary, but it doesn't -- at least not directly. Written in the notebook of ex-crime reporter Jesse James DeConto's while his own relationship fell apart, Tolerance Ends, Love Begins is a commentary on crisis. How we get into them, how we dig ourselves out. The album opener, "Righteous Rain," finds our narrator at bottom and trying to figure out which way is up. In fact, the production and arrangements are so dramatic that it feels the album could be the cast recording of a musical. 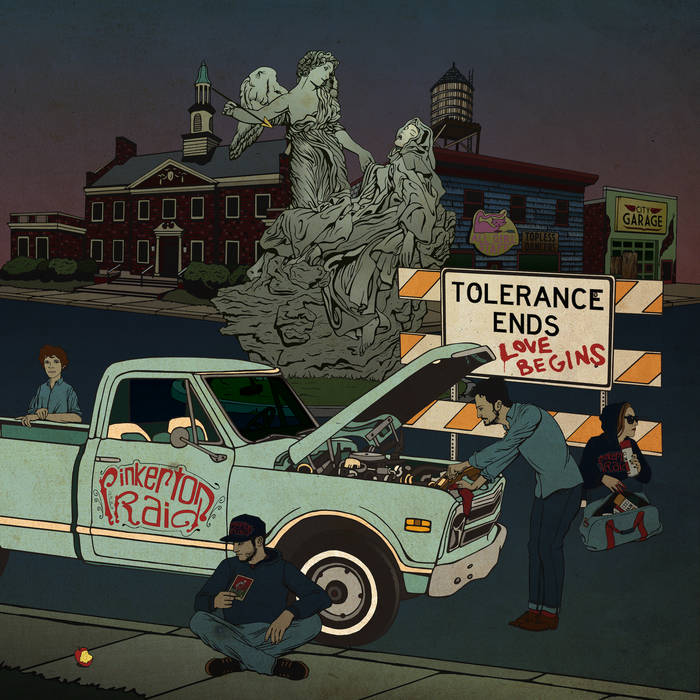 The songs are big, loud, filling, almost. DeConto and his sister take up vocal duties, delivering bombastic performances of songs that narrate breakups, the downfall of tragic women, and falling in love. The guitars are expansive, filling the songs with ethereal walls of sound. The whole affair is tied to Earth with pulsing, groovy bass lines that sits high up in the mix. If the album itself sounds like a show, one wonders what the stage performance is like. But if you live in North Carolina then you can find out this weekend. Here's a list of their shows: