1. What made you say to yourself: wait -- I've got at least one more album in me?

That thought, "I got at least one more album in me," has visited me every time I've come to the close of the work on the behalf of an album. It gets quiet when the story for an album is coming to a close. The weeks and months afterward tend to have a kind of surreal quality about them. Each album occupies at least two years of your life, from the writing process to the demos, recording then release. My previous album Boxers occupied a 3-year space. I'm hoping the same for "Starlings," even more would be beautiful. Because the longer you're in that process of walking beside what you've created, the more it feels like the songs are finding their footing in the lives of other people, the more rewarding it feels, the more relaxed it gets.

I guess in short, particularly lately, the albums feel like I've said all I can or want to say at that point. It seems unimaginable that more is possible. Then I go live some more, and travel and meet new people. With albums and the work you do on their behalf, there are miles of defeats and beauties, successes and failures and new friendships. Missing home. Missing my family. Missing my friends back home. Sunset on different landscapes. The stories strangers tell. The look in people's eyes. The rituals, the long stories I keep close. The way a city or road or neighborhood looks when you're passing through, it all feeds the next songs. 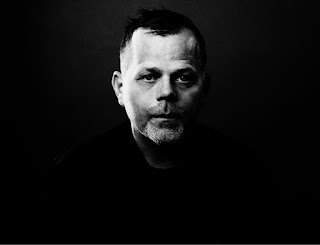 2. Did you approach the recording process differently than usual? Why did you choose to have a live band on this record?

The last two albums have been essentially the same approach. I've found that my favorite sensation in music is the music of collaboration. It took me a long time to figure that out. I write and demo the songs alone and then share them with the gang that's been cast for the upcoming event. That's how both Boxers and Hustle Up Starlings emerged. There's a lot of information in "liberated" demos. I always try to express some tonal and noise information without getting precious in my demos, and then I let the gang widen the cinema. I love the imagination and talent of my friends. If you've welcomed the right souls into the room all you gotta do it start their engines and watch them go. It's inspiring. The songs always get better. The goal is always a form of deliverance.

With "Starlings" there was a focused fire in the air from "go." Brian (Fallon) had spent weeks with the demos and was essentially playing the role of a soulful architect. He was calling 3 or 4 times a day pushing me and asking questions. I had asked him to produce, and I meant it. I wanted him to challenge me. Something happens when you've been at this a long time, everyone thinks they know what you sound like, but not "what you could sound like." Lucky for me, as is is way, he took the job seriously. We share a lot of the same rock n roll DNA, as do all the guys that were in the room recording "Starlings". It's always a relief when from the very beginning there's a shared dialect and understanding about what's important about music. This album is the sum of all of its parts: the songs, the producer and orchestrator and guitar player (Brian Fallon), the engineer (Doug Lancio), the bass player and my best friend (Brian Bequette), the amazing drummer and percussionist (Brad Pemberton), and the beautiful work on cello and violin by David Henry.

3. Why did you choose to have a live band on this record?

We recorded both Boxers and Hustle Up Starlings live because it's what the budget allowed. In both cases, we booked 7 days but were finished in 5. I love recording live because it insists on lightning. When lightning hits there is no debate or reconsideration of what just happened. It's like falling in love, you know it when it happens. All you gotta do is lean in and remain humble. The more humble we are, the more generous lightning is. U2 often refer to it as "God walking into the room." And what it means is the song expresses itself to you, it reveals itself. Maybe through some magic, or some unguarded participation in what's possible between hearts when they're creating together. Don't get me wrong, it's work to get there, until all of the sudden it isn't. It's lightning and everything feels brighter. And now, as grateful as I am, I'm discovering and feeling that it's in our commitment to this mysterious part of recording live that I believe songs offer an immediacy, an irresistible thing that rarely could have been designed. It's like the mistakes and the rawer energies commiserate to always feel like it just happened, no matter how old the recording is. It's rock n roll. And beyond the machines, we use to capture it, what always made it worth its while were the hearts involved. I mean listen to "Like a Rolling Stone" or "What A Wonderful World" (Louis Armstrong's version), they last forever because they're completely committed performances in the now that they were in. There's no sense of labor, just a nuclear now of language, voice, and sound. I would love to offer something so luminous. But as a lover of music, all I really care about is that they exist.

Want to hear the songs that inspired Hustle Up Starlings? Donate to my Patreon! Help me reach my minimum goal of 10 patrons/$50 a month over at Patreon! I just need 6 more patrons donatng at $5 a month.
Posted by Rachel Cholst at 12:00 AM