Lynn Drury -- Rise of the Fall

Lynn Drury's become a master of the world-weary ballad. That doesn't mean Drury's stuck in a rut; it's just that on her eighth (!) album, Rise of the Fall, she plays to her strengths. Drury's got a refreshing earthiness to her voice that give her songs warmth while her backing band of New Orleans all-stars adds a shot of slinky Tabasco sauce to the otherwise Schlitz-fueled twang. (I couldn't think of a better food combo but if you have a more appetizing idea, feel free to comment below.) 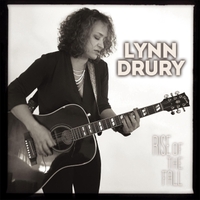 Each song feels like a nugget of hard-earned wisdom, though it's never preachy. "Lifetime of Living" is a reminder that the good times aren't supposed to last, but are a welcome respite from painful lessons. "Tuesday Lover" kisses off a lover who doesn't appreciate Drury's (inestimable) value. "Taking All the Good People" stands out to me as one of the most steadfast political songs of the year -- its measured approach has a slow-burning effect that an angrier or more histrionic song simply would not. Rise of the Fall further cements Drury's place in the firmament of New Orleans songwriters -- no frills but with an attention to artistry and craft.