If John Moreland's latest album paints in bold scarlets and golds, Matthew Ryan's Hustle Up Starlings paints on the same canvas but with silver and blues. This is an album for a twilight in the summer, that murky ten minutes between sunset and full dark. If you're lucky enough to watch the wind rustle through the trees, the sparrows rushing back to their nests, and the bats fluttering out of wherever they come from, then this is the soundtrack for that. (Or, in my case, listening to the train clatter by.) 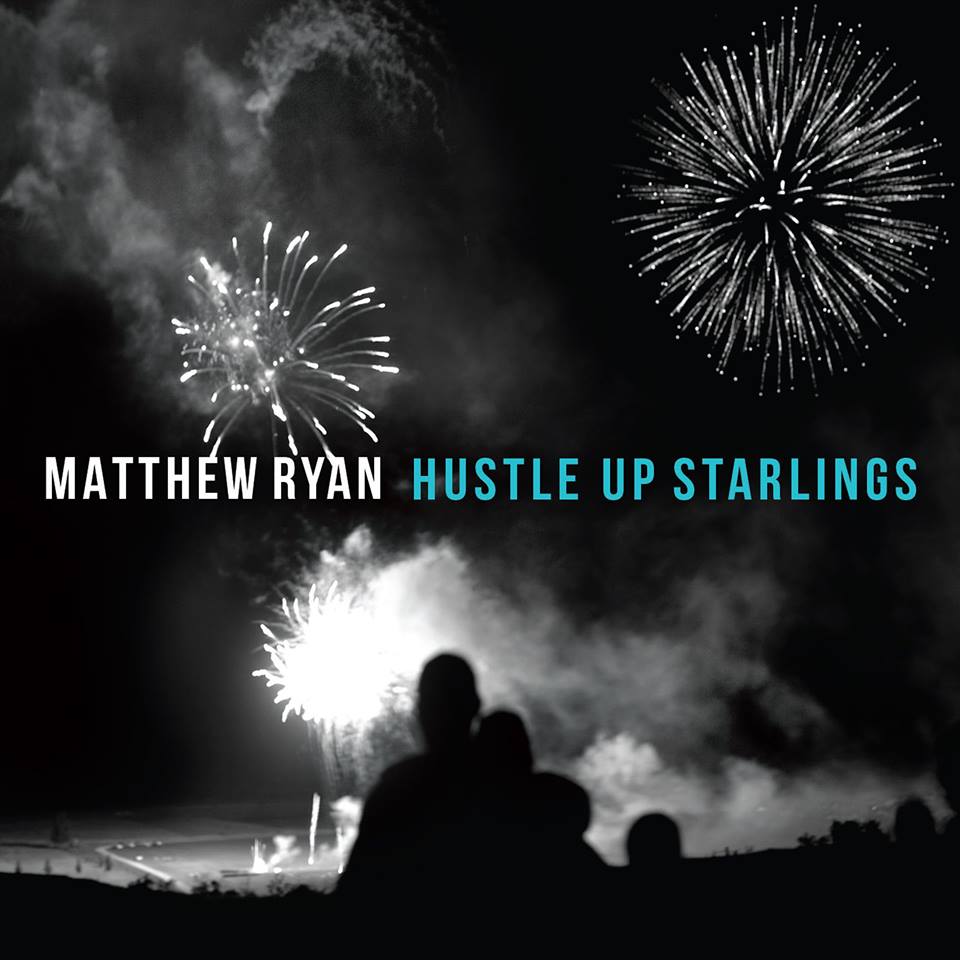 Ryan wasn't suppose to make this album. He decided to hang up his guitar a few years ago, at least professionally. But Brian Fallon (of the Gaslight Anthem) jumped on board as producer to convince Ryan to share his music. I went back through and listened to Ryan's older stuff on Spotify -- it's the same ambient feeling with a punk twist, but there's a renewed energy here. To me it seems as if Ryan used organic drums and bass. I think between using humans and the simpatico with Fallon's knack for creating driving anthems, even when they're as quiet as they are on Hustle Up Starlings, creates a warmer tone than Ryan's older work. It's a beautiful piece, taken as a whole. Which, by the way, I recommend. Hustle Up Starlings should be absorbed in leisurely sittings, as it is itself preoccupied with the minutiae of those in-between spaces and times.