I really don't have much to say about Basic Bitches' City Slackers other than go listen to it. Brooklynite-by-way-of-London Naomi Scott's snarl and Nick D'Amore's wall-of-sound drumming evoke the good old days of punk while decrying modern-day bigotry and inequality. Basic Butches helped put out Band Cramps, a mixtape of queer and feminist punk bands from New York and New Jersey that you should queue up after this. But on to City Slackers. 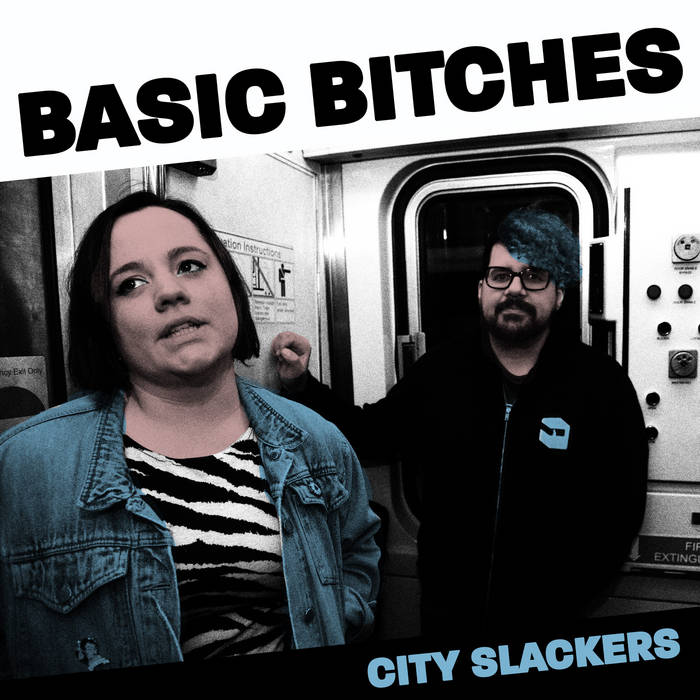 While the music on City Slackers is unsparing, it's the lyrics that are brutal. "Mass Shootings and Donald Trump" is eerily prescient, especially given yesterday's events. I also appreciate Scott's sense of humor, as in "Come on Brenda, It's the 90s for Chrssakes"

The duo also proves their groove in "Comes the Dawn," a more free-flowing exploration of life in the margins. "Fighter" allows Scott to showcase her blues chops, recalling Beth Ditto with a pack-a-day-habit.

If you're in the city and want the Basic Bitches to show you how it's done, they're in a killer lineup tonight with the Kominas at the Cobra Club. Here are some of the other upcoming dates: