Dyke Drama -- Up Against the Bricks

Dyke Drama's follow-up Up Against the Bricks came out a while ago but it feels almost tailor-made for a Pride Month post on Adobe & Teardrops I'm glad it took me so long to get to it. Maybe it's Sadie Switchblade's use of meaty pop-punk melodies, the lyrics laden with acid irony, or the furious cover of Lucinda Williams' "I Wanted to See You So Bad." I mean...it just makes me so happy. 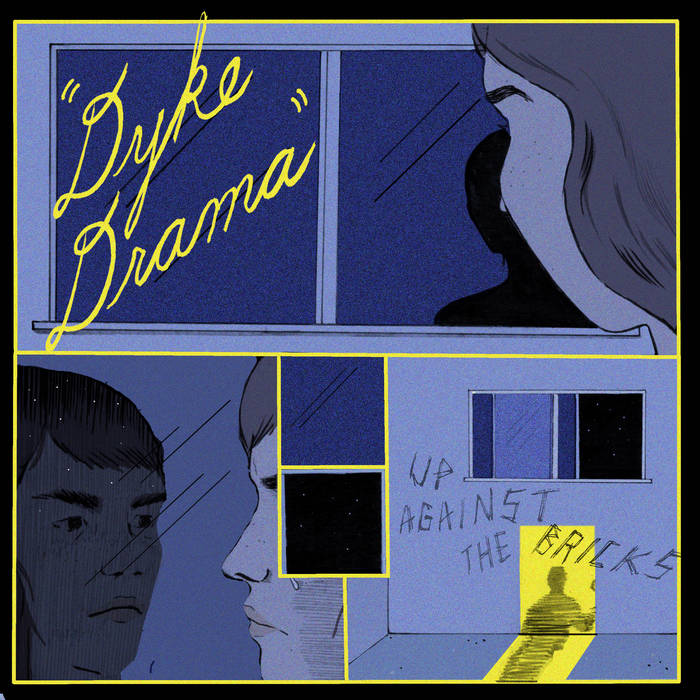 The subject matter, though, is not. Up Against the Bricks is a chronicle of heartbreak. And it's not like most of the music I listen to is so rosy, but there's something about Switchblade's sorrowful delivery that gets me. It's not that she's scared she's going to be alone forever, it's that, at least in the moment she's singing, she truly believes it. There's some levity, like with "Crying on the Bathroom Stall":

Or maybe it's just the fact that trans* women just have a more difficult time with...everything, something Switchblade acknowledges in the closing line of the song: "Do all tall girls die alone?"

The band breaks off from the theme briefly in Switchblade's kiss-off to the music industry, addressing her previous band, GLOSS's, famous snub of a cushie record deal. It's self-affirming and refreshing, and a hell of a lot of fun. Whether you've ever tried to reach the big leagues or not, it's less about music and more about staying true to yourself:

Switchblade begins to wrap up the theme of a broken heart with the aforementioned Williams cover, turning it into a frenetic fantasy of an obsession gone too far. But the album ends on a somber note with "Some Days I Load My Gun." That song alone should be a call to all of us: that no matter how sure of yourself you are, no matter what your experiences, isolation can press down on even the healthiest-seeming one of us. Particularly during Pride, it's important to (re)connect with your communities to remind yourself to hold on even when the bad times come.