Garrison Starr -- What If There Is No Destination?

It's pretty common, I think, for people to feel like they were the last ones to know they were queer. But I think I'm one of the few who was outed by Pandora. My high school Sleater-Kinney channel wasn't just female-fronted punk bands, mysteriously. It also played folk music by...well, artists who were popular in the queer community in the 90s, though most of them were out. That's how Garrison Starr entered my baby-queer radar. She's polished her roots pop -- a genre she pushed into well before it was cool -- into a fine sheen and her latest EP, What If There Is No Destination? shows the depth and control of a well-practiced artist. 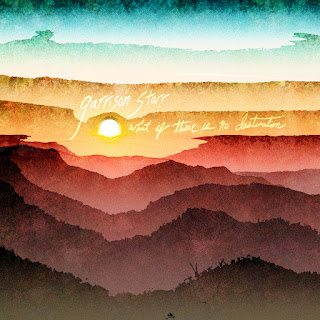 Starr's rasp gives her songs a lived-in quality. "Hollow" and "Easy Mark" kick off the album with heartbreak, but it truly picks up with "Put Your Weapon Down," a strident response to the Pulse shooting. (Note that media dropped all coverage of the story when it was discovered that the shooter was a closeted gay man and not a possible ISIS cell.) The album's closer, "Tough Girl," melted my cold heart a little bit, since I struggle not to be that tough girl. Overall, What If There Is No Destination? is an album we all need right now -- a mixture of sadness, strength, and vulnerability that we can't shield behind anger. If we do, we risk alienating ourselves and spreading even more pain to the world.

Thanks for reading! Help support Adobe & Teardrops for $1+ a month through my Patreon!
Posted by Rachel Cholst at 12:00 AM