Hurray For the Riff Raff -- The Navigator

I am very late to this party but hopefully that means I can persuade any stragglers. Spoiler alert: The Navigator is top contender in my heart for album of the year. The Navigator is a semi-sci-fi semi-autobiographical re-imagining of lead singer Alynda Lee Segarra's experience as a queer Puerto Rican-American Bronxite who plays country music. That's a lot of adjectives but it works. While the band retains its roots music heart, The Navigator is an expansive exploration similar to the Alabama Shakes' transition into a more progressive sound. 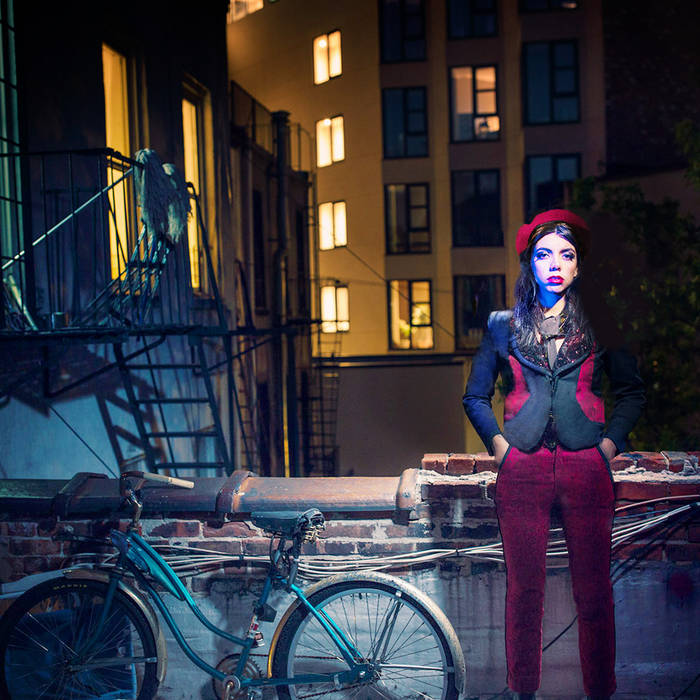 Segarra's introduction of the Navigator character is an interesting choice. The alternate reality this creates only drives her points home further. "Rican Beach" is particularly chilling:

Mass cultural erasure and displacement -- surely, you might say, that hasn't happened yet! Except that it has. There's no official war, but anyone who's paying attention knows that non-white, lower-income communities across American cities are targeted by police violence, racist institutions, and now displacement due to increased rent. A lot of local conflicts in the city can be traced to (white) newcomers appalled that the low-income neighborhoods we're increasingly moving to do not have adequate infrastructure. You're mad that subway service to the outer reaches of the city is unreliable? Oh man, have I got news for you.

In "The Navigator," Segarra asks

Segarra begins to answer that song with "Pa'lante." For those who don't know, Pa'lante was the name of the Young Lords' newspaper. The Young Lords were a Puerto Rican liberation group. The track begins with an excerpt from Pedro Pietri's monumental "Puerto Rican Obituary" (read it right. The. Hell. Now) and builds to a hair-raising climax.

To me, the creation of the Navigator character makes the themes more universal -- this isn't just Segarra's experience or viewpoint, but one of many many people who have come before her and will come after. This is an album to go to experience the transformative power of music. This is an album that should cement Segarra's star in the firmament of legendary songwriters.


Hurray For the Riff Raff -- Official, Facebook, Bandcamp
Posted by Rachel Cholst at 10:50 AM

Email ThisBlogThis!Share to TwitterShare to FacebookShare to Pinterest
Labels: Hurray For the Riff Raff, the basics