To say that there's a lot of great music out there is, of course, a platitude, but it's also a truism. I have about 80 people on my "to-write" queue. (This is also why I've been cranking out two entries a day -- I'm only just getting to my January submissions.) So when Nick Ralg's "Little Adleigh" stopped me in my tracks and brought tears to my eyes, I knew I had to listen to the rest of the guy's output. 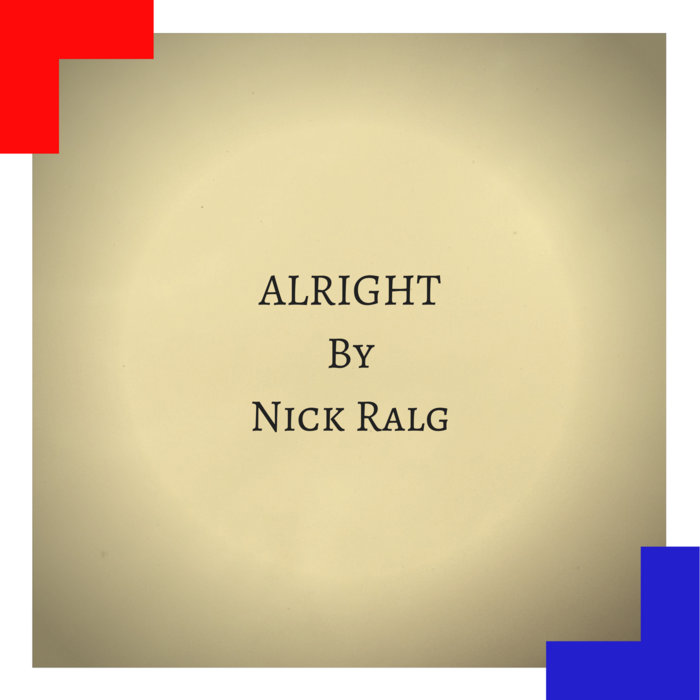 The rest of Alright is no less show-stopping, though it's hard to beat Ralg's song to his young niece. The other four songs in the collection are spare and haunting -- as overwhelmingly emotional as the opening track, but rife with pain and isolation, a love cut short rather than a beginning. Ralg's a force to be reckoned with, and I look forward to the time he releases a full album...assuming I can handle it.

Please note that this album was sent to me through SubmitHub, in which I get paid 50 cents per song I listen to. While it's been great for me so far I'd love your support via my Patreon!
Posted by Rachel Cholst at 12:00 AM