Round Eye has been cooking up Monstervision for quite some time, though perhaps the election of Donald Trump gives the album's off-kilter alternative universe a more unnerving basis in reality. Intercut with monologues from the fictional Monstervision's host (and real former Daily Show correspondent) Joe Bob Briggs, Monstervision is a pulsating ride through Round Eye's darkened vision of American culture and the world at large. Briggs' mild-mannered, off-color, down-home humor juxtaposes the disarming American ego with Round Eye's furious id. Combining punk beats and wailing saxophone solos, Round Eye gives the impression of a ska band going through an inspired but bad acid trip. 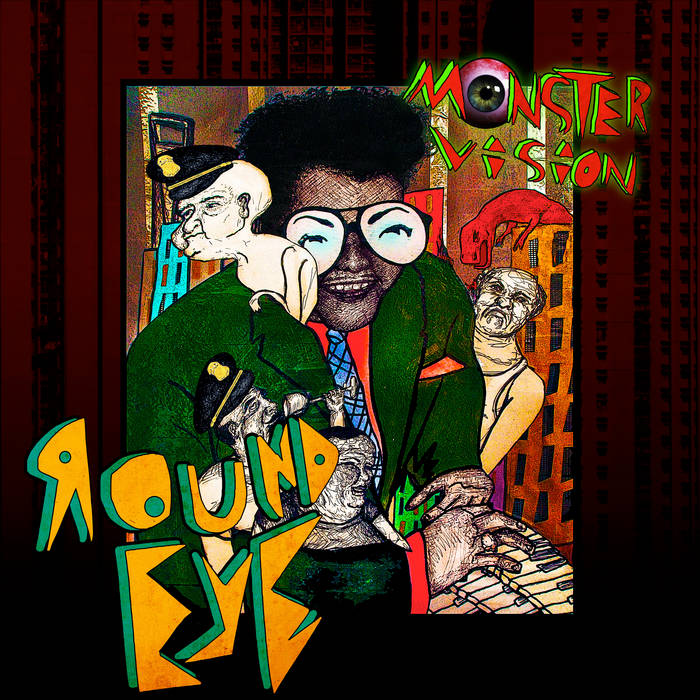 It's worth noting that the band is based in Shanghai, and while the critiques against the Chinese and North Korean regimes are muted, they do get a dig into Xi Jinping in "Pink House," though the vitriol is of course reserved for Trump himself:

T R U S T in the government
My government, it’s about time
They calm their political agendas
And try mine. My place
My party my race and my stock
Are the things that really make this land great, oh yeah!

Much like the campy horror movies the original Monstervision TV show played, the album is full of incomprehensible goofiness, earnest commentary, and a strange intensity that twists a pit in your summit. But at the end of the day, it's all fun and games.


Round Eye -- Official, Bandcamp
Posted by Rachel Cholst at 10:42 AM

Email ThisBlogThis!Share to TwitterShare to FacebookShare to Pinterest
Labels: cheap music, Round Eye