DeRobert and the Half-Truths -- I'm Tryin'

Nashville is known for country, of course, but Nashville is home to a wide diversity of people from all walks of life. It might surprise you that not all of them are into country music. A few months ago Bandcamp ran an amazing rundown of soul artists in Nashville, though I unfortunately can't find it. DeRobert and the Half-Truths was just one of many fantastic acts proving that there's more to the Nashville Sound than what most of us have come to expect.

I'm Tryin' comes at the listener from all sides. The first few songs on the album are tour de forces in asserting one's identity and leaning on family and friends to get through the hard times, making sure you don't give up on your dreams. 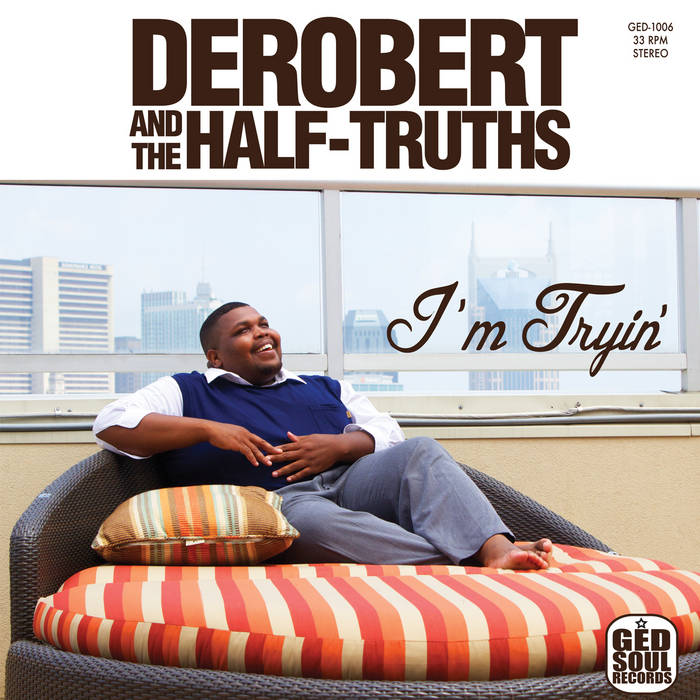 You know, the mature shit.

The rest of the album is the world's best breakup album. It's not the moment you realize it's not going to work. It's not the moment you've broken up with the person. It's the moment you realize that that person was holding you back and you're better off now. All set to a blazing brass band and DeRobert's not-quite-androgynous tenor lifting the lyrics above petty and into self-righteousness. You can hear the band's raucous joy as they play their hearts out. I'm Tryin' is not an album to be missed.

Help Adobe & Teardrops out by becoming a Patreon subscriber or tipping me via Ko-Fi today!
Posted by Rachel Cholst at 12:00 AM

Email ThisBlogThis!Share to TwitterShare to FacebookShare to Pinterest
Labels: cheap music, DeRobert and the Half-Truths