Jeff German presents us with a choose-your-own adventure of sorts. While the above would make for a rad album title on its own, German actually produced two different EPs this year. The first, 12 Fret Nights, is the finished project and it's a pastiche illustration of heartland rock. However, Slothrop Records decided it could be good to release the demos that would create the EP -- hence 12 Day Weeks was born. There's an overlap of 4 out of 5 songs, with "Someday" being the only song that has an electric version. 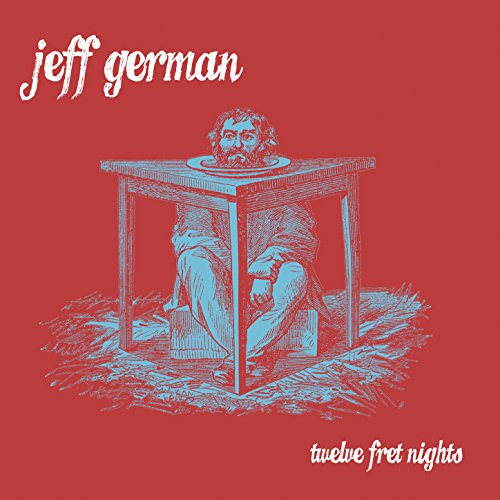 I've found that I don't have a preference. "Death Row" nails it as a pedal-to-the-metal rocker a la John Moreland's Everything the Hard Way, but the acoustic version's forlorn steel guitar makes the song less defiant and more hopeless. While "It Don't Matter" works as a bluesy meditation on depression, the acoustic version has a little more depth emotionally.

"Inside My Dreams" is a story song about an old man remembering his wife (I think?) and there's an obvious pathos to the acoustic version, of course, though the electric version feels more like a breakup song if that's your thing. "House on the Sand" feels a bit like a prequel to the previous song, as a it relates a shaky relationship. "Someday" rounds out the original EP with a down-home takedown of a frustrating partner.

Help me support great artists and subscribe to my Patreon! Don't want to commit to a subscription? Leave me a tip at Ko-Fi -- you only need a PayPal account!
Posted by Rachel Cholst at 11:48 AM