I had been planning to write about Lee Bains III and the Glory Fires this week regardless of current events, but with the tragedy in Charlottesville Youth Detention is even more urgent than before. If you're not familiar with the band, they've been staunch and proud anti-racist Southern punk rockers since the very beginning. A glimpse at the shows or the band's sprawling lyrics page is proof enough that Lee doesn't fuck around. This isn't a trend or an attempt to be topical on the band's part: Lee Bains III and the Glory Fires are models for what engaged, critical anti-racism looks like.

I was lucky enough to see the band live in Williamsburg (more on that) last week. If the band is coming near you, they're not to be missed. Live, the band reminds me of a mix between a Cowboy Mouth show and an intense political discussion among my friends. (In other words, two of my favorite things.) Between songs, Lee delivers rapid-fire, sweat-drenched jeremiads about institutionalized racism, police brutality with the fervent passion of a snake preacher. Then, the band launches, body and soul, into blistering punk rock songs. The experience is downright spiritual. One hopes that Lee's message is falling on people ready to receive and act upon what he says -- not simply drunk dudebros who push people out of the way to get to the front while patting themselves on the back for liking a band that talks about this stuff. (If there was any band that would expand the "girls to the front" rule outside of riot grrl, it's these guys and I respectfully call on them to do so!) 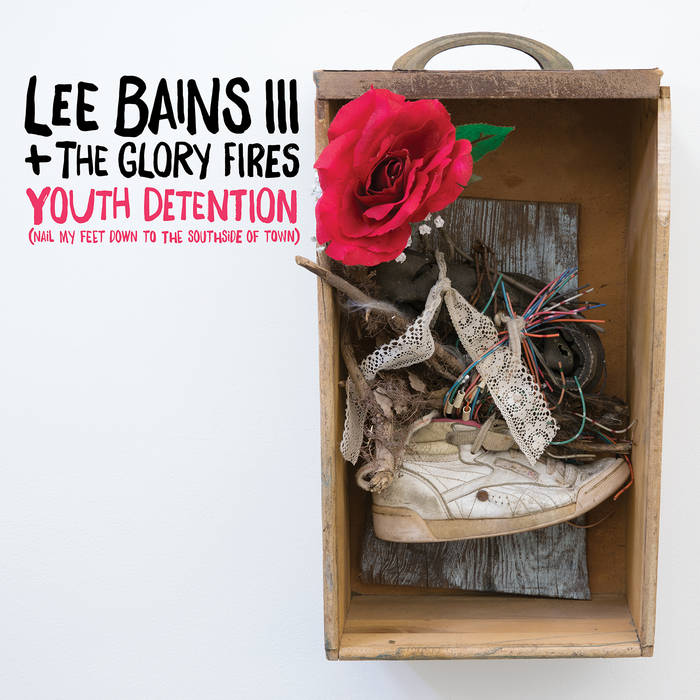 But you don't need Lee's commentary to get the same content. Youth Detention is a sprawling, relentless album (I have yet to listen to the whole thing all the way through) that will raise the hairs on your neck while you're headbanging to the walls of distorted guitars, samples of the nursery rhyme "Crooked Letters," and protest chants of Assata Shakur's "we have nothing to lose but our chains" speech. Youth Detention does require a good deal of digging and your participation, however. Like the band's previous album, Lee likes burying his voice in the mix (which he did on his last album), and reading the lyrics while you listen to the songs are, in my opinion, mandatory.

From the outset the album grapples with growing up white in a poor neighborhood, straddling the lines between the narrator (Lee's?) neighbors and the wealthy white friends he went to school with, and, of course, the gentrification of Birmingham. In "The City Walls" Lee sums up how I've been feeling for years now about New York:

He grinds the butt under his boot, and breathes a white rope of smoke
westward into the black sky,
Over the woods where Mama says Eastside kids used to could find arrowheads
but have long since been bled dry.
And eulogizing that wild old city,
Where he had once found his peace,
He points the bottle like a cannon down from the ridge,
and out into the sprawl.
"It's like they think downtown's cute, so they move in,
and turn it into a god-damned mall."

And yes, all of that fits into a take-no-prisoners punk beat. The song that gives me pause, the one that makes me feel recognized the most, however, is "Whitewash" begins as a powerful critique of how whiteness is constructed in the United States:

As a Jew who can easily pass for Irish and coming from parents who are apathetic (my dad) and have converted to Unitarian Universalism (my mom), that sense of absence is really palpable for me. My grandparents weren't very invested in it, either. But that's what you needed to do to amass the trappings of a middle-class life, even in New York City: internalize the ideas of what a successful person should behave like (i.e., not even remotely Jewish) and reject the experiences of your forebears. Do what you can to trade the Jew card in for the white card. But at what cost? And now that I'm old enough to ask questions, nobody's able to answer them.

By the end of the song, Lee has turned to the future, addressing his unwilling participation in displacing the people of color of Birmingham:

It's worth noting that Lee never finishes that last line. While we can reject the things we know our wrong -- white supremacists, for example -- it's a lot harder to figure out what to keep instead. In the wake of Charlottesville, we (as white people) need to figure out what that dash should be and must be. What can we make of whiteness when it's so inherently broken?

Thanks for reading! Help me help you find great music! Subscribe to my Patreon or give a one-time donation via Ko-Fi (no account required!)
Posted by Rachel Cholst at 12:00 PM

Email ThisBlogThis!Share to TwitterShare to FacebookShare to Pinterest
Labels: cheap music, Lee Bains III and The Glory Fires, the basics