Partner -- In Search of Lost Time

It's been a while since I've fallen so hard for a bad, but maybe it's because I can see so much of myself in the band. Proudly queer and absolutely hilarious, Partner introduces a new paradigm of queer portrayal in the media -- not necessarily apolitical, because being queer is always a struggle, but also portraying queerness as simply another annoying part of adulting.

But it's taken us a long time to get to that point. Even the band's name is a coy reference to the time when we couldn't get married and had to use a separate term unique queer people. Now I hear straight cis people who have been together for...a while...use it instead of "boyfriend" or "girlfriend." What is that? Shut the hell up and get engaged already. You think it's cool or "forward-minded" to appropriate a term that used to signal systematic oppression? Try getting barred from seeing your significant other in the hospital because you're not married, or for something more modern -- get beat up just for walking down the street while holding your partner's hand --  and see how exciting and alternative  and progressive it is.

Anyway. In Search of Lost Time is not nearly that heavy, but my analysis of it is going to be. 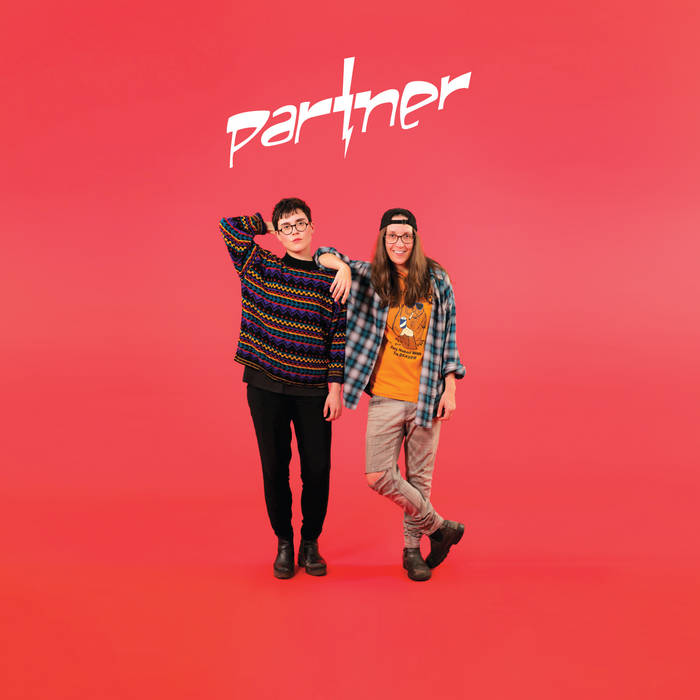 In Search of Lost Time is basically the album I was starving for as a teenager. Partner digs deep into 90s nostalgia, taking those 90s pop rock songs that we now eschew for their heart-on-sleeve emotions and pumping them full of early-2000s irony. Partner uses those epic riffs to elevate slackerdom, awkward crushes, snooping in roommate's rooms and finding strange toys -- you know, normal stuff.

But what makes Partner so powerful is the idea of normalizing queer adolescence. For people our age (I'd estimate I only have a year or so on them) adolescence was this weird moment where being queer was becoming acceptable...sort of...yet same-sex marriage was used as a wedge issue to return Bush to office. The message was loud and clear: you could have a future in urban areas but everyone else hated your guts.

Things have changed since then, of course, and I have met more and more younger people who were out in high school and before. But the difference is that seeing out queer and trans* people living their lives is increasingly commonplace. We're the last people, as a whole, who were actively shamed. Queer people my age have spent so much energy on coming out and being out that we're now at a point where we can stand still and take stock of how we got here. And for me, at least, adolescence was so painful that I just haven't thought too much about it. "Play the Field" was the song I desperately needed back then until it brought back memories of

It's the year 2004
staring at the tile floor
in the locker room
of the gym class danger room
and trying not to look at you
even though I'd really like to
it's just not worth being called a dyke
even though it just might change my life!

The song has a happier ending than my high school crushes, but there were definitely friends I made where we recognized something in each other, but they quickly distanced themselves from me as soon as I ever hinted at seeing them outside of school. I wouldn't be shocked if that something was a desire for a deeper bond with women in general that neither of us was ready to admit to ourselves at the time, let alone other people.

But whatever, just watch the video. (But be warned that it features some very cute humans prancing around in sports bras, so maybe wait 'til after work to watch it.)