If you missed your chance to do the time warp again over Halloween weekend (the best time to see Rocky Horror Picture Show in a theater), you've got a shot with Angelica Rockne. To be clear -- it's a different kind of time warp. Rockne faithfully follows in the paths of her 70s rock and country icons, producing an album that feels timeless and purposeful. 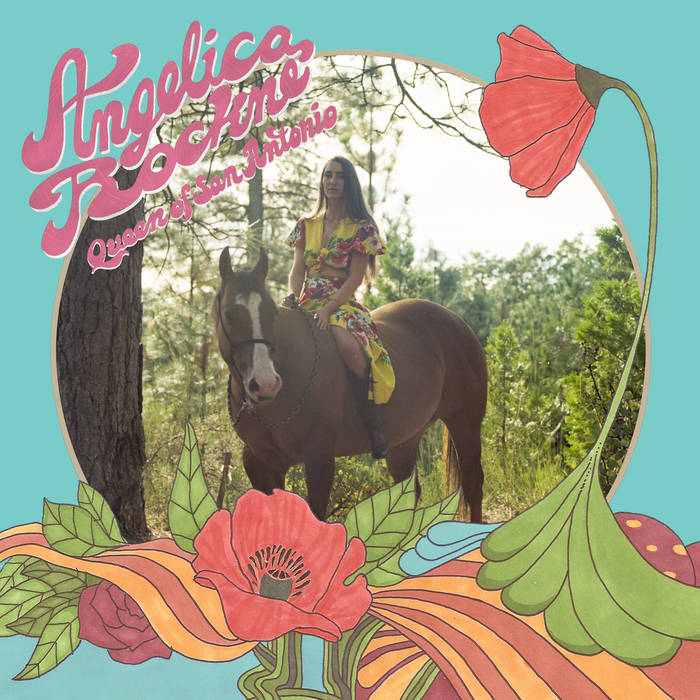 Rockne's got a voice that reminds me of Jefferson Airplane's Grace Slick by way of Dolly's high-pitched vibrato. While the music feels dreamily of a certain place, Rockne's lyrics belong of this decade. Laurel Canyon of the 70s didn't necessarily make such frank allusions to drugs and mental health concerns -- at least not the commercially viable bands. With Queen of San Antonio, Rockne crafts a world that feels mysterious and full of possibility even as it is mired in foreboding. You get the sense that Rockne is searching for that compromise, here, but she does it with such confidence and aplomb you also can't help but feel that she's going to be alright. In fact, we're all going to be alright.

Help me help you find great music! Subscribe to my Patreon or drop a tip in my Ko-fi cup today!
Posted by Rachel Cholst at 12:00 AM