There are few things in this life as joyous as a queer punk show. They tend to be warm, affirming places where everyone's just having a nice time. It's fun to see folks on the stage who look like you or at least have similar experiences. And you already know that the songs that matter so much to you are landing on similar people in similar ways, so there's a sense of kinship with people you don't know and probably won't know. But, outside of the Queer Country Quarterly shows, I just don't feel that way at most of the other concerts I go to. In general, I'm the youngest, queerest, and often female-est person in the room. I often notice but it doesn't bother me. But a few nights ago, I went with my sister to see the Overcoats at the Bowery Ballroom, where I'd been many times, and the energy felt so different. I quickly realized it was because over 90% of the audience were women who were roughly my age.

So when Marissa Kay's music landed in my Inbox, I wrote back to her, "FUCK YES." The Queer Country shows are amazing but, at the end of the day, they're sad country songs. And sometimes you need the buzzy sad bastard punk-ish songs the likes of John Moreland and Brian Fallon. Marissa Kay, for me, bridges that gap. 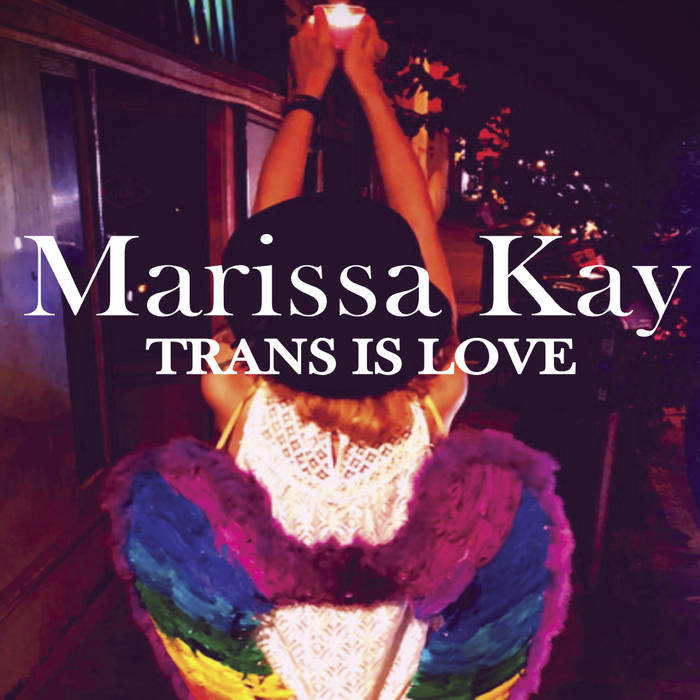 To be clear, I'm a cis lesbian. While trans* people and queer people at this point in history undergo similar coming out processes, they're not the same. In fact, I think the days in which queer and trans operate together politically is coming to an end, for reasons both exciting and disheartening. So when I talk about my ability to identify with this album, it's not at all to suggest that my experience as a queer woman is the same as a trans woman's, though we have a lot in common. The blues rock "Fight Like A Girl," the album's keystone, makes that point abundantly clear. Unfortunately, trans women and, though increasingly less often, masculine-of-center women like myself struggle to be accepted as "real" women. Proudly deviating from narrow definitions of femninity the struggle women have been fighting for for centuries. Kay succinctly states it with three chords, the truth, a little twang, and a distortion pedal that makes my heart go pitter patter.

"Trans Is Love," the first song she wrote "as Marissa" (according to her liner notes), is a rousing anthem that's buoyed by Kay's pure performance. There are songs of love and breakups, too -- what would a country punk album be without those? -- and some of the bumps that come with anyone's first album. But Trans Is Love is exactly what our corner of the Americana world needs: defiance, optimism, and a fresh perspective. Thanks, Marissa. I can't wait for what comes next.