I'm not sure if there's any record I've heard this year that better captures the horrific sideshow carnival of this year as Mo Troper's Exposure & Response. This is the follow-up to Troper's critically acclaimed Believer, and this album seems to be a response to the indie rock publicity machine. (While it's smaller than the mainstream one, it is just as relentless.) The first two tracks, "Rock & Roll Will Save the World" and "Your Brand" are an acidic take on relative success. The album's title and the cover art featuring a person getting flayed alive suggest that Troper might not be having such a great time. 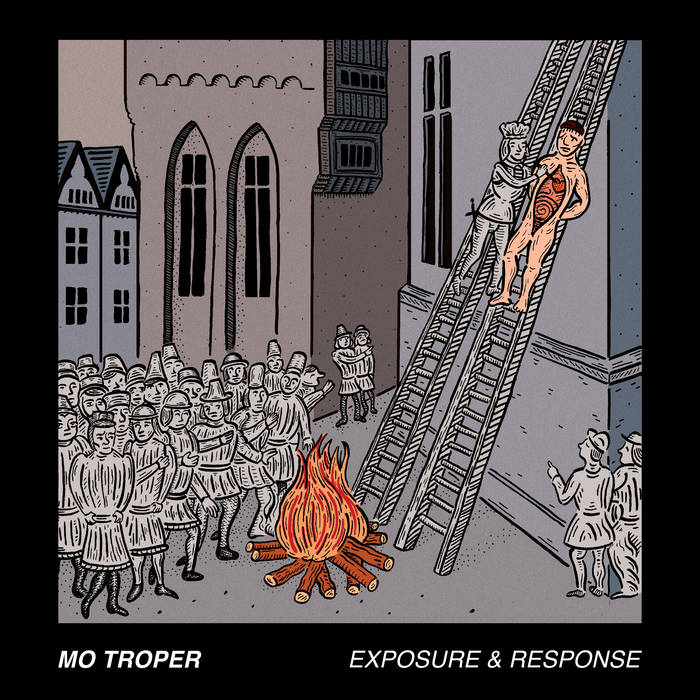 It's Troper's command of power pop and consistently anguished tone that grabs me. The songs themselves are candy-coated but the nut at the center is starting to get stale. Troper cheekily cribs from the Beach Boys and the Beatles, reminding us that nostalgia ultimately provides distorted views of the past. The simpler times were simpler because we were ignorant. As Troper builds walls of guitars, horns, and strings around him, it's ultimately not enough to save him from himself. The music seems to mindlessly churn even as, lyrically, the walls collapse on him. Exposure & Response is simultaneously an easy album to listen to, but also a test of an endurance in the best possible way. Troper's not the only one out there combining happy music and sad lyrics, but he's one of the few who can make it matter.

Thanks for reading! Help me with my holiday shopping by subscribing to my Patreon or dropping a tip in my Ko-fi cup!
Posted by Rachel Cholst at 12:00 AM