Sonia Tetlow's seen her share of the road. Whether it was pounding the pavement with her Patti Smith-esque punk band STB in the late 90s and early aughts, supporting Cowboy Mouth on bass in the shortly after, leading Herman Put Down the Gun, helping to steer Atlanta's Roxie Watson, or collaborating with the heavyweights of the her native New Orleans singer-songwriter community on her solo albums, Tetlow's angular guitar playing and piercing lyrics distinguish her contributions to any project she's been on. For her latest release, Now, Tetlow looks back to move forward. The album sees her drift a little further afield from her Americana and Southern rock influences and closer towards synths, as well as a new set of musicians in her backing band, but the warmth and grit of her previous work rings true here. On "Tripline" and "Hard Fought Year," Tetlow enlisted long-time compatriot Amy Ray to provide some vocal heft. 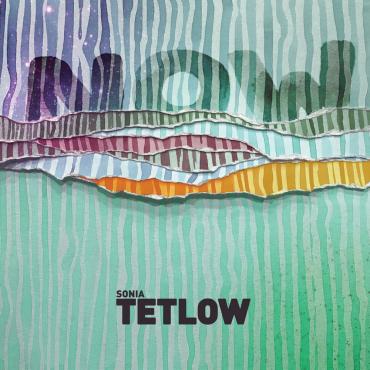 Anyone who's been following this blog for a while knows how important Sonia's music has been to me as a person and for the site itself. (Click on her tag if you're curious.) There's not too many people whom I would follow if they suddenly changed their backing band. Especially if part of that transition was adding 80s-style analog synthesizers.

But I figured Tetlow's personal style is too well-defined to do much damage to. I one walked into a bar during Jazz Fest and thought "Huh. That bass player sounds like Sonia. Maybe I'm just being sexist though." Except my eyes adjusted to the dark and it turned out to be my rock'n'roll idol. I'm not obsessive -- I swear. (Maybe Sonia could say otherwise.) It's just that she has a distinctive attack on the guitar. From her earliest work to Now, Tetlow's songs are imbued with dense, undulating rhythms that envelop the listener and provide a stolid foundation for lyrics that dig deep.

Now finds Tetlow at a time of deep personal transformation, so it makes sense that this would be the moment for her to explode things and find out what the essence that remains is. 15 years ago, which feels like both a lifetime and a blip, I listened to Sonia's music to help me come to terms with my inner turmoil. This album doesn't make peace with that turmoil, necessarily, but it does attempt to contextualize it. I'm glad I've caught up. Also, Now has given me a new appreciation for synths, which is a huge accomplishment.

Some of this text was previously posted on No Depression.

Help me help you find awesome music! Subscribe to my Patreon or drop a one-time tip in my Ko-fi cup!
Posted by Rachel Cholst at 12:00 AM