The Light Wires -- The Invisible Hand

I don't think I'll ever get tired of sad songs written in G. Especially when they're held in such capable hands as Jeremy Pinnell's. Before Pinnell set off on his own with his remarkable OH/KY, he trekked across the Midwest with heavyweights Ampline's Rick McCarty (drums), Alone at 3 AM's Andy Hittle (guitars), and bassist Mike Montgomery of R. Ring and Ampline. The band put out a self-titled album and had The Invisible Hand in the can but called it a day before it was released. Now both albums are being reissued thanks to Sofaburn Records. 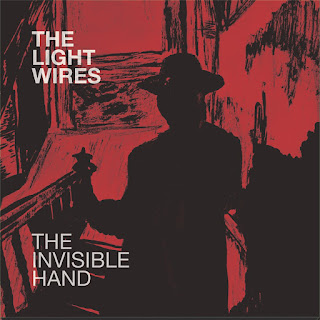 These albums are starkly different. The Light Wires is a bit more acoustic and predicts Pinnell's future success on his own as a peddler of heartbreaking, intimate country songs. The Invisible Hand is equally strong but takes a harder approach. Fans of Two Cow Garage, Lucero, early John Moreland, and the Sparklers will find The Invisible Hand easy listening. It's Midwestern rock at its best, with the band throwing their hearts on the stage and delicately alternating between stomping on them and dancing around them.

At the moment, I'm surprising myself by leaning closer to the first album (I can hear hints of Adam Faucett in there and am digging it) but I'm glad of the opportunity to listen to both at once. The band was extremely capable and both albums explore every corner of that weird country/folk/punk intersection that has such a strong hold on me. It's unfortunate that The Light Wires only put out two albums, but they're both gems.

This review was originally posted on No Depression

Help me help you find great music! Subscribe to my Patreon or drop a tip in my Ko-fi cup!
Posted by Rachel Cholst at 11:44 AM