Holy smokes is this album fantastic. A jazzy, animal-inspired concept album might not sound enticing on the surface, but if you're a regular reader here then you've got trust me on this one: People Are Animals is one of the best collections of songwriting you're going to hear this year. Darth Nater (Nate Noworyta) likes to lace his songs with humor, but Noworyta's character studies show him to be a thoughtful and keen observer. 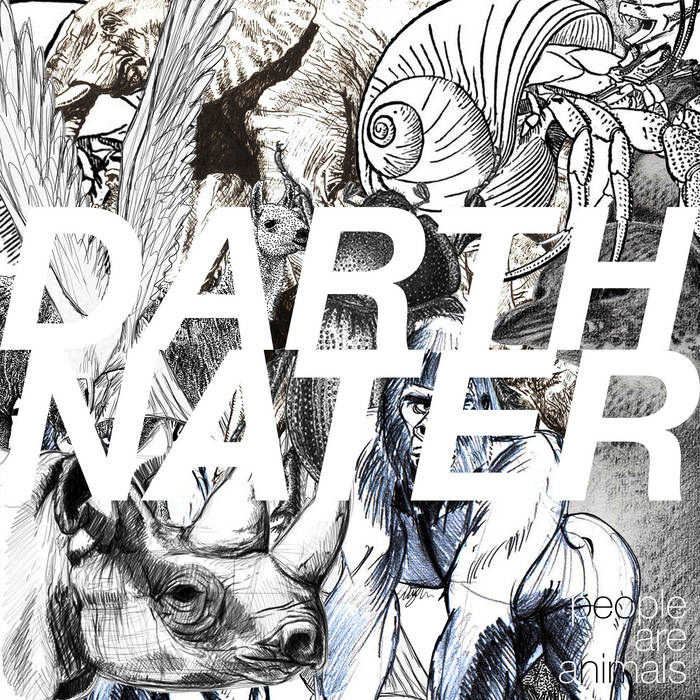 While Noworyta makes many keen and mature points, People Are Animals calls to mind that one weird kid who was thoroughly obsessed with animals, finally allowed to let his imagination loose. Sometimes, the animals are beastly, as in "The Western Lowland Gorilla Song":


Open my eyes, it’s 6:58
I’ve got a little over an hour to live it up before you wake
Put Tretinoin on my toothbrush and Colgate on my face
I guess it’s gonna be that kind of day
Listening to The Sunset Tree dangerously loud on repeat
Doing my best to become deaf by seventeen
I had a dream your screams were Israel’s trumpets
And I was the wall of Jericho
I crumbled with a single blow

Open your eyes promptly at 8:00
With a skull-splitting migraine and a face-melting hate
You put bourbon in your coffee and bacon on your plate
I guess it’s gonna be that kind of day
Watching the local news, all the tragedies repeat
You recognize the same b-roll they aired last week
I had a dream that you were inside the ark of the covenant
And I was Indiana Jones
You turned the Nazis into bones

Sometimes, it's our own baser notions, as with "The Argentine Lama Song":

But it's the album's closer, "The Rattlesnack Song," that'll put a lump in your throat and some tears in your eyes, or I'll personally give you a dollar (or at least a number for a therapist.) In fact, I encourage you to listen to the album without looking at the song titles if you can; it's fun to try to guess which animals Noworyta invokes even as he is describing some of the most human moments in our lives.

Thanks for reading! Help me help you find great music and get my holiday shopping done! Subscribe to my Patreon or drop a one-time tip in my Ko-fi cup!
Posted by Rachel Cholst at 11:53 AM