They say it takes your whole life to write your debut album, and Ruby Force's Evolutionary War demonstrates a lot of hard work and discipline. She was clearly good and ready when she entered the studio. This album almost feels like "future country" -- it's got twang to spare but feels forward-thinking without playing into cheap gimmicks. It helps that Force's lyrics have an immediacy that truly make an impact with listeners. We've all heard plenty of love songs, breakup songs, kiss-off songs, but Force has such a drive and grounded sense of self that you end up cheering for her throughout the victories and travails depicted in this record. 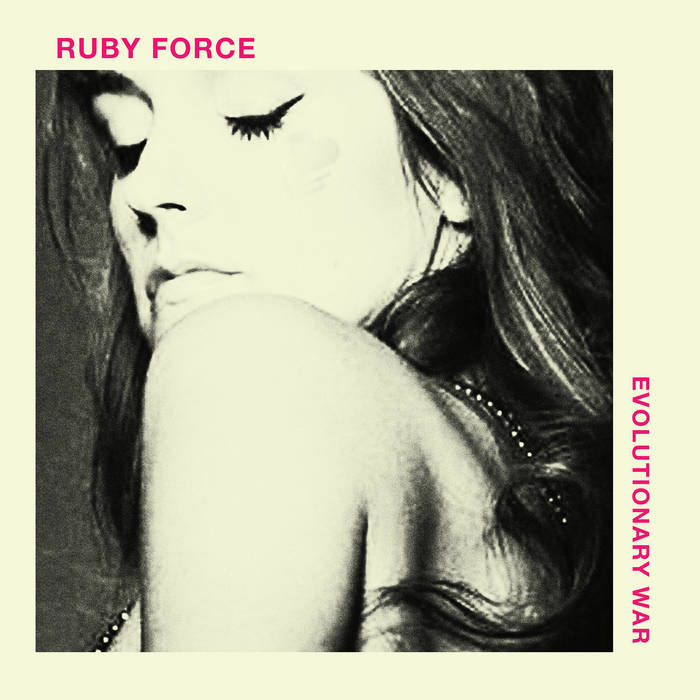 The band itself is as strong as it comes, though Force's performance is the main attraction. As straightforward as her lyrics are, her seemingly unshakeable confidence will win you over. It's the confidence in her voice, her music, and the fact that she's exactly right where she needs and intends to be that makes Evolutionary War such a standout. What impresses me the most here is that Force wields a diverse emotional palate but doesn't dissect herself publicly to do so. I wouldn't describe Evolutionary War as "vulnerable" or "honest" -- it's extremely forthright and remarkable in its ability to do so.

Thanks for reading! Help me help you find great music and get my holiday shopping done! Subscribe to my Patreon or drop a one-time tip in my Ko-fi cup!
Posted by Rachel Cholst at 2:12 PM