Samantha Crain -- You Had Me at Goodbye

You Had Me at Goodbye characterizes my initial relationship with this album. When I heard Samantha Crain had a new album out, I was incredibly stoked. I had been blown away by Under Branch and Thorn Tree and couldn't wait to see where Crain was going to go next. It took me a few passes to really get what happened next. To me, Crain's newest effort, which came out early in this year, felt like a left turn. Throughout the album, Crain exuberantly colors her songs with strings, horns, electronic drums but...very few guitars or the acoustic folk I was expecting (though the back half of the album returns to ground that might be more familiar to Crain's longer-term fans.) But even as I moved on the album kept nagging at me -- didn't I want to give it just one more shot? 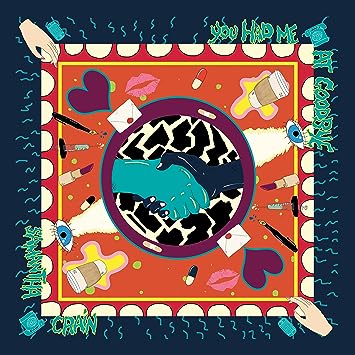 While Crain may have traded in a few instruments for others, her stunningly perceptive songwriting remains. The song that gives the album its name, "Antiseptic Greeting" is a quirky, Beth Orton-esque deep dive into social anxiety and misanthropy that is as charming as it is relatable. Crain demonstrates a truly rare gift for empathy in her perceptive character studies. It also sees Crain continuing to delve into her identities. "Red Sky, Blue Mountain" she writes a song about the Dakota Access Pipeline protests at Standing Rock in Choctaw, honoring her Native heritage and hoping to encourage others to preserve and advance the language with new compositions.

And, frankly, Crain's traded up. She approaches this album with the aplomb of a kid let loose with a set of chalk and an empty handball court. (#CityKidLife? #CityKidLife.) There isn't a single dud on this album, and I hope that my bringing some attention to it at the end of the year might help others approach (or re-approach) the album with a fresh set of ears. Crain has already made a name for herself, and this album has her at her best and, I hope, the precipice of excellence that will finally earn her the recognition she deserves.

Thanks for reading! Help me help you find great music and get my holiday shopping done! Subscribe to my Patreon or drop a one-time tip in my Ko-fi cup!
Posted by Rachel Cholst at 12:00 AM

Email ThisBlogThis!Share to TwitterShare to FacebookShare to Pinterest
Labels: Samantha Crain, the basics