Country music has no shortage of artists who have been through the worst and lived to tell the tale. But it's not often that an artist gets through that crucible to produce art with the same sense of pride and determination as Jodee Lewis. The Chicago-based Missouri native's latest release, Buzzard's Bluff, is a tour de force of songwriting that digs deep and hits gold. Lewis wrote the album in the wake of the death of her second child. The album's opener, "Buzzard's Bluff" is a powerful thesis statement of Lewis's roots and where she plans to go. The song immediately caught my ear both for its self-assurance and control: one gets the sense that this is a song that's gone through several thoughtful iterations, and the attention to craft and performance shows. 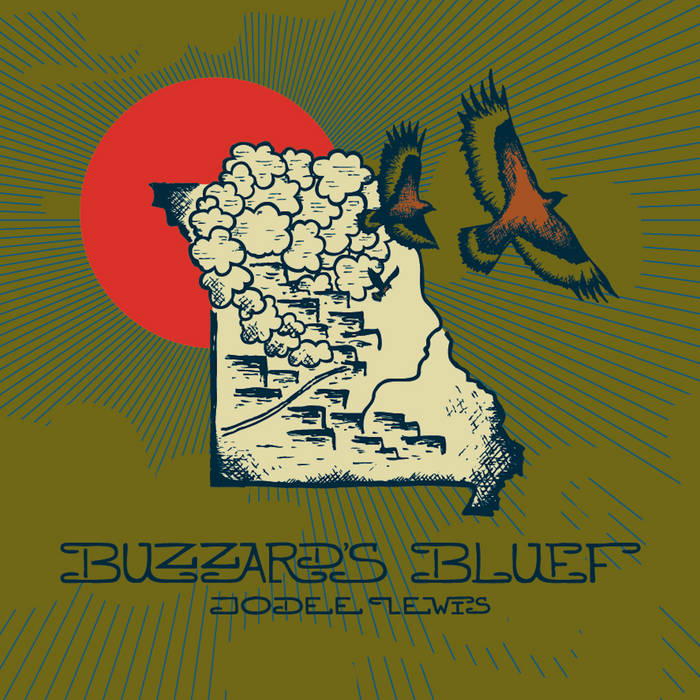 The main thrust of the album is the aftermath of the crisis. Not immediately after -- the songs come to us at a point where the narrator has picked up the pieces. But now that they're in her hands, what do you do? For Lewis, it's about acknowledging the pain but looking forward to the next mile ahead. "It Ain't Killed Me Yet" seems to be a response to "Buzzard's Bluff" -- no matter what you've been three, there's a new place to visit.

But Buzzard's Bluff isn't relentlessly cheery. One of the other highlights of the album is "Nothing Ever Really Changes." In most others' hands, it'd be a song of gruff despair; the lyrics seem to ask "What's the point of trying?" Instead, Lewis infuses the song with a sly sense of humor, observing "Can't tell if I'm depressed/Or just middle-aged." The album closes on a more solemn note, highlighting Lewis's faith and the spiritual community that supported her emotionally and musically through this album and the events it recounts. Buzzard's Bluff is a survivor's guide to healing, through and through, and it deserves a spin or hundred.

You can hear Jodee Lewis on this week's podcast! Can't wait for Thursday? Subscribe to our Patreon and download an extended cut now! Or support the blog and podcast with a one-time donation via Ko-fi!
Posted by Rachel Cholst at 12:00 AM