Vivian Leva -- Time Is Everything

If there's one thing that folk music gets right, it's that sense of resigned determination. If there's one thing Vivian Leva gets right, it's giving her songs a truly eternal quality. Her music could just as easily be recovered from traditional field recordings or a B-side of a Nashville up-and-comer in the 60s as it is the folk revival of the '10s. Leva's voice has a clarity to it that cuts to the core of her songs, and her lyrics feel timeless. That's not because of any stylistic choice; it's because they're the truth. 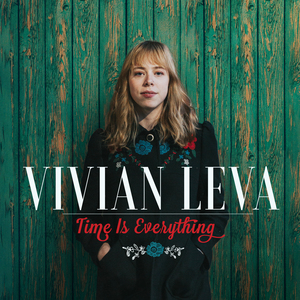 Leva's proficiency should be no surprise; her parents are respected roots musicians themselves. "Sturdy as the Land," which we feature on this week's podcast, is the kind of breakup song you need on your side. It's got that gritty resignation I mentioned earlier, but there's also a sense that the future is still wide open. Things are bad now, but whatever comes next is yet to be written. "Why Don't You Introduce Me as Your Darling?" showcases Leva's fun-loving side -- a tune that has been written thousands of times to be sure, but with a decidedly 2018 twist. Time Is Everything is the kind of album we all could use right now: it reminds us about what's important in this country's traditions while forging a path that seeks to improve on them.

Vivian Leva will be featured on this week's podcast! Can't wait to hear it? Subscribe for $5+ at our Patreon! You can also support Adobe & Teardrops by dropping a tip in our Ko-fi cup! Subscribe to the podcast on Spotify or your favorite app!
Posted by Rachel Cholst at 9:59 AM