Knotted Orbits is one of those albums that is breathtaking in its density. Brenna Sahatjian brilliantly weaves punk and folk together, adding tense chamber string arrangements to ratchet up the song's emotional stakes.

This is not an easy album to listen to, but it's worthwhile. 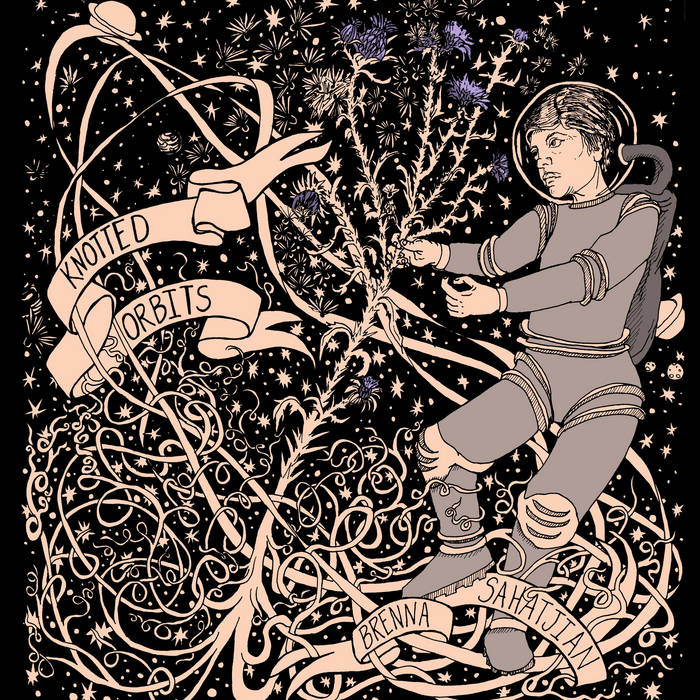 Sahatjian's lyrics tumble across the page. As I read them, I'm impressed that she was able to corral them into a song with a recognizable melody -- no small feat. Especially considering the universe of ideas she brings to each song. "First World Optimism" calls our attention to the dangers of climate change as well as the usual neo-liberal apologies for the age we live in:

He said the past was a horrid place and to be grateful
to be born in an era like this, less grim and hateful
Buried inside, there's truth there to keep us faithful
to every lie that lets us sleep, but what will we wake to?
The endless wars we don't know how to stop
No charges for another white cop
open your heart and mind, the anger's rising, hope it don't stop
we're all gonna play a part whether we act or not
We live in a world that ranked itself first when it got wealthy
extracting death, yet they're expecting a happy ending
What will you do with this one life you are granted?
If we only knew, is it delusion or enchantment?

The song serves as a kind of overture for the rest of the album. Sahatjian is as keen an observer of politics as she is of nature and individuals. Knotted Orbits is a huge accomplishment in a tiny package: one of those rare albums that encapsulates the totality of our existence without ever diluting or simplifying the strange chaos that makes us human.

Brenna Sahatjain will be featured on this week's episode of Adobe & Teardrops! Subscribe on your favorite app or become a Patreon member to get an extended cut! You can also show us some monetary love by dropping a tip in our Ko-fi cup!
Posted by Rachel Cholst at 12:00 AM