I'll be honest -- this is the kind of album I would have spurned when I first started writing this blog. I've matured. I've broadened my tastes. I've become more tolerant of music that sounds less familiar to me at first.

That's pretty much the theme of Kindness, A Rebel. The album is what happens when you take Southern rock of the gentler, Glossary-style variety and introduce it to Paul Simon. The Asheville-based band constructs song that feel delicate at first, with whimsical arrangements and abrupt tempo changes. But when you get to the core of the songs -- the lyrics -- you see that they have more staying power than your typical indie rock sound. 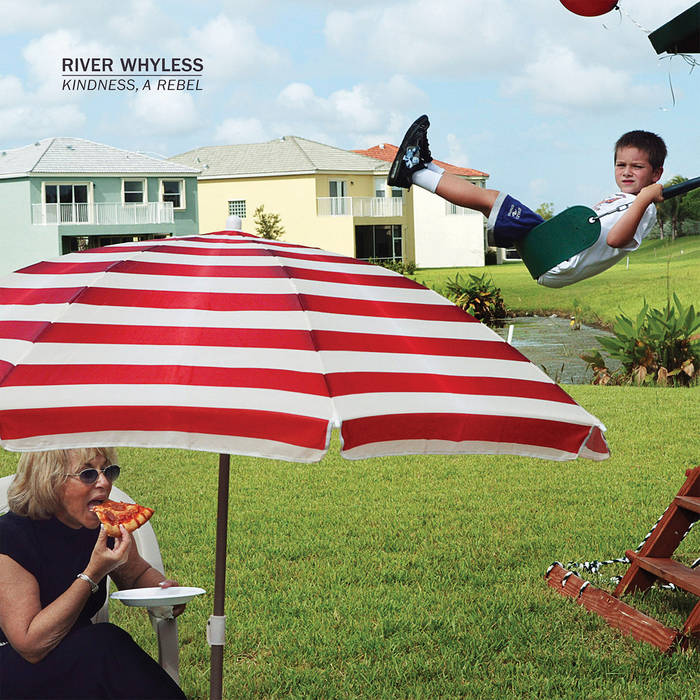 That's because the album takes a deep dive into the political landscape, as if using the frame of roots music to call into question American-ness itself. Above all, though, the album is fun. When we go from the gently persistent "New Beliefs" and whipsaw into the surf rock-inspired "The Feeling of Freedom," you fully appreciate how much control River Whyless has over their art. On Kindness, A Rebel, River Whyless asks us to lean into the unfamiliar to expand our boundaries, find a point of connection, and change.

River Whyless will appear on tomorrow's episode of Adobe & Teardrops! You can hear it now by subscribing to our Patreon or support us by dropping a tip in our Ko-fi cup! Listen to the podcast here or on your favorite app!
Posted by Rachel Cholst at 12:00 AM

Email ThisBlogThis!Share to TwitterShare to FacebookShare to Pinterest
Labels: River Whyless, the basics