Nick Dittmeier and the Sawdusters -- All Damn Day

Nick Dittmeier's got packs a lot of life into his new album, All Damn Day -- but it's not necessarily his. As you'll hear on this Friday's podcast, Dittmeier likes to create distance between himself and his songs by writing from the perspective of specific characters. But that doesn't mean these songs aren't informed by real life. Following the loss of Dittmeier's mother-in-law, great grandmother, and dog in a brief span, All Damn Day, confronts mortality. 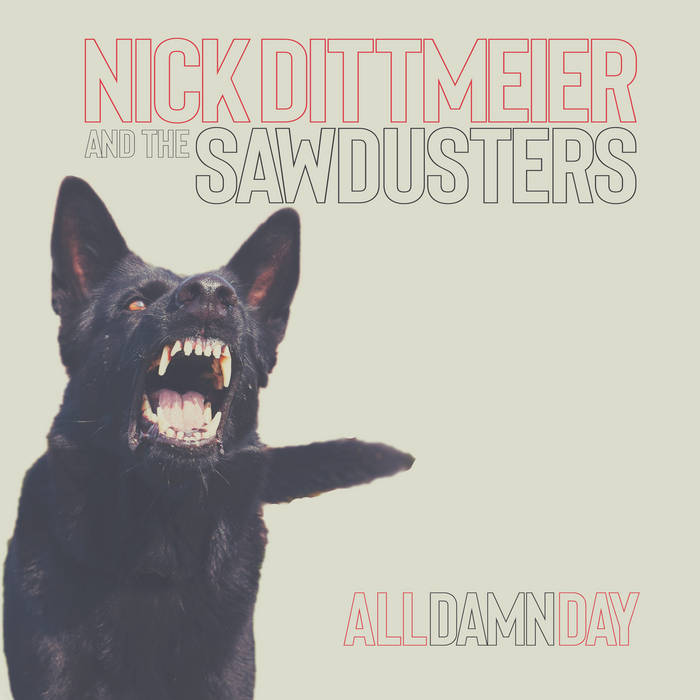 These songs aren't dour, either. The Sawdusters support Dittmeier's tales with quite a bite. As the band swings from country radio-friendly hooks to bar-backroom guitar heroics, the core themes of loners who are this side of desperate remains. On "Love Me Like You Did," the narrator regrets a lost love over meaty riffs. "O'Bannon Woods" is a rough-and-tumble rocker that reminds us that the country should be a character in country music more often. The song is almost gothic, describing how the woods in a small heartland town seem to swallow lives whole.

For me, the standout is "Two Faded Carnations." The song tenderly unfurls along a baritone guitar line. The narrator carefully sets the scene as he describes the bouquet he places at a beloved friend's grave. The song details some youthful misadventures gone horribly wrong. Even as the song details some larger-than-life experiences, it's an intimate look at grieving -- something our culture often keeps hidden away. It cements Dittmeier's abilities as a storyteller -- just as All Damn Day shows that Nick Dittmeier and the Sawdusters are a band to watch.

Thanks for reading! You can listen to Nick's episode of Adobe & Teardrops now at our Patreon! You can also support us by tossing a tip in our Ko-fi cup! And you can subscribe to the show on your favorite podcasting up!
Posted by Rachel Cholst at 2:21 PM

Email ThisBlogThis!Share to TwitterShare to FacebookShare to Pinterest
Labels: cheap music, Nick Dittmeier and the Sawdusters