Strap on your cowboy hat and buckle up your bell bottoms -- you'll need both for Girls on Grass's spaghetti Western psychedelia on their second full-length album Dirty Power. It's the band's first release on four years and it reflects the well-oiled machine they've come. Having recently opened for the Sadies (and been featured on a recent episode of Adobe & Teardrops), the band has a lot of momentum coming off of Dirty Power. This feels like a real turning point, and you should get on this train. 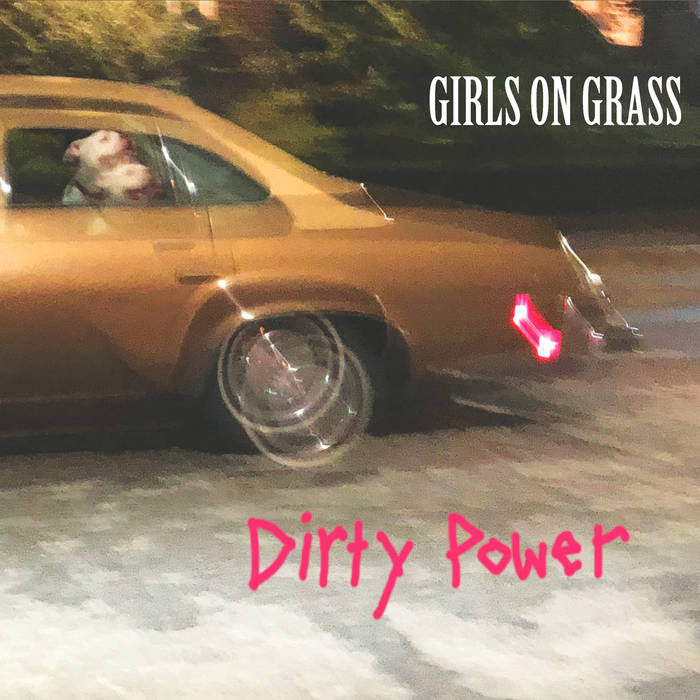 Lead singer and guitarist Barbara Endes's muscular lead guitar blazes a trail ahead of her sunworn vocals. Guitarist David Weiss adds some swagger while bassist Dave Mandl and drummer Nancy Polstein keep things on lock with masterful confidence. Whether it's the giddy highs of a teenage first date ("Friday Night," in which Endes delightfully declares that she's "in like" with a girl who "might be in like" with her) or taking a deep dive into our social ills with "Because Capitalism," Girls on Grass like to keep their songs at a steady clip -- I see it as a reminder to take things in stride, good or bad. But we also get to see the band stretch out on near-instrumental tracks like "Two Places at Once" and "Asesino" that remind us that there's plenty of room in rock music for wordless songs -- and Endes and Weiss's soaring guitars.

If there's an album for 2019, it's Dirty Power, one that insists on experiencing all the fullness of life.

Girls on Grass -- Facebook, Bandcamp
Posted by Rachel Cholst at 11:32 AM

Email ThisBlogThis!Share to TwitterShare to FacebookShare to Pinterest
Labels: cheap music, Girls on Grass, the basics